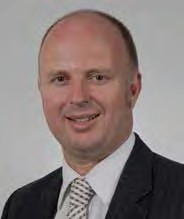 In this recent case of Body Corporate 346930 v Argon Construction Ltd & Auckland Council, the High Court was asked to consider whether the Ministry of Business Innovation and Employment (MBIE) or its predecessor, the Building Industry Authority (BIA), owed a statutory duty/duty of care to the Body Corporate or to the council.

The property that was the subject matter of the proceedings was the Scholar Hotel and Apartments in Auckland. These had been constructed in 2003/2004 as a unit title development, and had developed weathertightness issues.

The Body Corporate and the individual owners of the apartments filed proceedings in the High Court as against the council and the builder, Argon Construction Ltd.

The council joined in a number of third parties, including the MBIE, as the statutory body that had assumed the liabilities of the BIA.

The claims brought by the council

The basis behind the claims by the council as against the BIA relate to Compass Building Certification Ltd. Compass was an independent certifier under the Building Act 1991, engaged to oversee and certify the various steps in the construction process.

Compass was approved to operate as an independent certifier by the BIA, which had the statutory responsibility of approving certifiers pursuant to section 53 of the Building Act 1991.

The Scholar Apartment owners (the owners) claim that Compass was negligent in certifying that the apartments complied with the building code.

They also claim that Compass was not authorised to certify unit title developments such as the Scholar Apartments during the relevant period.

However, Compass no longer exists as an entity, and instead these claims have translated into claims as against the council. The claim against the council is that it ought to have refused the certificates issued by Compass as being outside of their authority and, had it done so, the developers would have been forced to find an alternative certifier or used the council itself.

This claim is vigorously denied by the council and is so defended. Nevertheless, the council (in an attempt to cover all bases) says if all its other defences fail, then it says fairness and justice require that the BIA ultimately bears any losses it suffers.

There were two general claims by the council as against the BIA. First, it claimed the BIA owed the council/the owners a common law duty/statutory duty to investigate queries as to the activities of Compass, and it breached this duty by failing to investigate Compass.

Second, it says the BIA owed the council/the owners a common law duty/statutory duty to regulate the activities of Compass, and it breached that duty where Compass acted outside of its authority.

Put another way, the BIA owed a duty to the council/the owners to notify them in a timely manner when Compass’ scope of authority was modified.
A further cause of action was to the effect that the BIA had made negligent misrepresentations that Compass was entitled to regulate building works such as the Scholar Apartments.

The High Court ruled (applying the principles set out in the Sacramento apartments case) that any alleged duty on the BIA to investigate Compass was so untenable it ought to be struck out.

In particular, the High Court was attracted by aspects of the Supreme Court’s decision in the Grange case, where it observed that the BIA’s role under the Building Act 1991 was tightly constrained, whereas the council was a much larger and better resourced organisation, and thus better able to protect itself from liability risks.

Similarly, the High Court ruled that a claim based upon a breach by the BIA of its duty to notify the council/the owners that Compass’s authority had been modified was so untenable it ought to be struck out.

Logically, if it was established that the BIA was in breach of this duty, then that would also exculpate the council from any potential liability to the owners for not passing this information on to the relevant parties.

Finally, the court ruled that a claim in negligent misstatement was so untenable as against the BIA it also ought to be struck out.

In particular, the court ruled that neither the general statutory framework nor the specific statutory context supported the view that there was any assumption of responsibility by the BIA for the correctness of its interpretation as to Compass’ scope of approval.

The council’s recent attempt to again open up the possible liability of the BIA or its successor has failed comprehensively, and the Court of Appeal decision in Sacramento and the Supreme Court decision in the Grange remain good law.