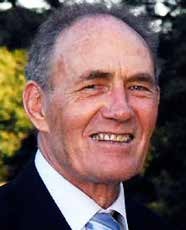 Noticing the poignant wording on an old footpath grating — “Patent applied for” — reminded me what a great building material cast iron is, or was.

While the technology is as old as 5th Century BC China, cast iron is seldom seen today. Even its close cousin, wrought iron, is generally only seen in craftwork produced by amateur blacksmiths and artisans.

In many cases these have now been replaced by products manufactured from recycled plastics, precast concrete, aluminium or steel. Cast iron was also once commonly employed for larger stormwater and sewer pipes, and for architectural decoration such as downpipes, verandah posts and railings.

Once, nearly every major city in New Zealand had access to a cast iron manufacturer, but costs and the difficult and dirty manufacturing process led to its slow demise.

All around Auckland city you still see manhole covers marked TPF, standing for the Te Papapa Foundry. Not surprisingly, the old foundry burnt down in the 1980s, and was never rebuilt or re-established. The very high temperatures involved and the difficult and dangerous nature of the process meant it was probably an accident waiting to happen.

I recall being disappointed when the robust cast iron surface drain slotted covers were no longer available, and I was compelled to use what seemed a poor and flimsy plastic alternative. These plastic gratings and their aluminium equivalents are still used widely today, but never seem to perform their function as well as the heavier cast iron gratings.

While cast iron was never used extensively as a structural element in New Zealand buildings, there are numerous examples of early cast iron-framed and clad buildings in cities such as New York and Chicago. The Soho and Tribeca areas of New York, for example, contain many significant cast iron buildings.

When it came to installing a sewer system into downtown Chicago in the late 19th Century, thousands of cast iron jacks were used to lift the five to seven storey buildings up to a level allowing for reasonable drainage falls in what is a very flat city.

As well as being relatively cheap in mid-19th Century terms, cast iron was formed into elaborate and relatively lightweight shapes to create interesting facades more cheaply than using stone.

By the late 19th Century cast iron was being replaced for most building purposes — first by wrought iron and later by steel with its increased tensile strength. It took only 7300 tonnes of wrought iron to create the 324 metre tall Eiffel Tower.

Built for the 1889 World’s Fair in Paris as a temporary entrance archway, the tower is now the single most recognised structure in the world, and still attracts millions of visitors each year.

Cast iron hasn’t been completely cast aside, as some ancillary footpath and roading products are now manufactured from ductile iron. Ductile iron, also known as nodular cast iron, spheroidal graphite iron, or SG iron, was invented in the 1940s.

While most varieties of cast iron are brittle, ductile iron has more impact and fatigue resistance, due to its nodular graphite inclusions. With older grey cast iron, the carbon content is in the form of flakes distributed throughout the metal.

Both types of cast iron, if manufactured correctly, develop a protective surface scale, making them more resistant to corrosion than steel or wrought iron.

In recent times a greater emphasis on the quality and form of our infrastructure has led to a growing employment of professional landscape design and installation techniques by government, councils and developers.

This has encouraged manufacturers and importers to make available a wide range of well designed and robust roading and footpath products using various combinations of coated steel, cast aluminium and stainless steel, in addition to both ductile and wrought iron.

While the appearance, quality and usability has probably improved over the essentially prosaic and workmanlike nature of old cast iron equivalents, inevitably the cost of these more sophisticated alternatives had also increased significantly. So what’s new?

In today’s safety first environment, some of the past’s greatest advances in human knowledge might never have happened. Particularly those forming the very basis of our modern health and safety regime, were developed almost by chance by people whose names are no longer remembered.

Self promotion helped some to gain a status perhaps not justified by their abilities. It’s said, for example, that Edison called himself a sponge for other inventors’ ideas. His great strength was his ability to first develop practical solutions and then successfully promote these new innovations — such as electric lighting — to the public.

One of many now forgotten heroes is Alexander Cruickshank Houston, who first came up with the idea of chlorinating the public water supply.
This first occurred in Lincoln, England, in 1905 following a serious typhoid fever epidemic, with no public debate or discussion. He just went ahead and did it.

While this was only a temporary measure, the idea was later picked up and used for the first permanent treatment of a city water supply by Jersey City, New Jersey, in 1908.

Today, with chloride of lime replacing the original chlorine gas, it remains the basis for the treatment of most public water supplies throughout the developed world. Almost by chance.