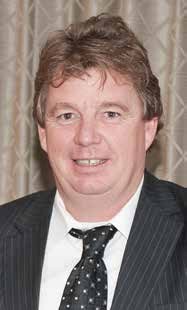 I want to thank everyone involved in the process, especially David Fabish, who has worked tirelessly to make this happen, and those on the working party, who I want to mention here: Mike Colman and Shelley Major (KPMG), Darrell Trigg, John Street, Kieran Mallon, Clive Barrington, Mark Ward, Richard Hull, Kerry Archer, Kath Kitchen, Peter Blight, Wayne Robinson and Warwick Quinn (and myself).

I read through the original proposal that we put to the RMBF Board in 2012, and these are the key components that the members wanted to retain in the new organisation:

A visible presence in the regions, such as RMBA premises.

Local events and relationships, and local administration support to continue.

We have kept all of these, and have added crucial new elements to make the RMBA a stronger national organisation.

Here are some of the things we’ve delivered so far:

A single, unified organisation that will be more credible as an industry leader.

A consistent national fee structure for each class of member, with no cross subsidisation.

A new IT system which will be up and running by October 2015.

The new structure means we are now able to deliver extra benefits to our members, which include:

Access to legal advice, provided to members by in-house lawyer Tim Blake. Tim has just completed a road show giving valuable advice about the Building Act Amendments which were introduced on January 1, 2015.

A fair and fast disputes resolution process, which is working really well, with very few disputes to complete.

National membership database — our new computer software will allow us to know more about our members.

Better communication with members — through the local branches and managers, with the president’s tele-conference, and new web site.

Administration and support for local executives.

While for some of the bigger organisations it would have been business as usual, for others you would have noticed a massive difference in the support from your local managers.

That’s what the working party proposed, and as a Board and an organisation, I think we have delivered it.

What else have we achieved? As we promised, three extra RSMs, so that there is now one RSM for every 150 members.

The RMBA Board feels that these changes will take us forward into the next era, and stand us in good stead to meet the challenges of this exciting and rapidly changing industry.