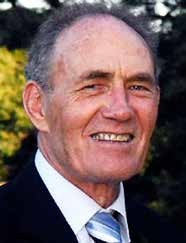 Anecdotally, Australia contains 40 different species of flora and fauna that can kill you. But the main difference bet ween Australia and our friendly little country is space.

The Aussie habit of shortening every descriptive word — for example, rego, ambo, servo — may differentiate us verbally, but the prevailing Australian attitude to most issues is affected by the fact that the country is so vast.

Contrary to the widely held view that Australia is larger than the USA, the USA is, in fact, some two million sq km larger. The largest country, by any measure, is Russia, which is nearly twice the land area of the USA. However, Australia is the sixth largest country in the world, and the largest without any land borders.

This lack of any land borders also affects our neighbour ’s world view and the view of their country’s place in it. Nevertheless, Australia is very close to its nearest northern neighbours, and lacks the New Zealand luxury of being separated from any unwanted invasion by large areas of wild, open sea.

Thinking big comes naturally to Australian governments, institutions and companies. They are quite happy to spend vast amounts of money on infrastructure, partly to satisfy a large and growing population, but also to recognise that everywhere is a long way from anywhere else.

It always surprises me whenever I return to Australia to find that roading pat terns have changed, new buildings constructed and new public facilities created. On a recent trip to Brisbane, the six-month-old Garman maps on my GPS system were already out of date.

I know it’s a sensitive subject, but I believe that the disgracefully slow rebuilding of Christchurch would not have happened over the ditch. I find it reall y sad that more than four years down the track, local and national governments are still arguing over essential parts of the new Christchurch.

And not just emotionally-driven topics such as the old cathedral, but absolutely basic ones around who, what and when will something significant happen about rebuilding the city centre. The resolution of what to do with a number of the badly damaged residential areas is also apparently still in the too-hard basket.

Politics, including an unfortunate loss of the CERA chief executive, hasn’t helped, but I firmly believe that with all its other faults an Aussie response would have been much quicker and more decisive.

What should have happened? A complete hands-on approach by central government. There are plenty of examples around the world of successful disaster recovery where government intervention was critical to ensuring a short recovery time — for example, the last Los Angeles earthquake.

The fact that our government assumed that Christchurch would just pick itself up with minimal outside help was naive, and has led to a great deal of personal hardship for far too many people. A bit more thinking big, Aussie style, would have helped.

Thinking big is not just about size, but the vastness of Australia seems to imbue our Aussie cousins with the ability to always try and be the very best. New art gallery? Let’s make it the best money can buy. New town centre? Let’s design it from the bottom up and ensure that it has all essential infrastructure and facilities from day one.

Even facilities built in the Australian outback at locations such as Uluru and the MacDonnell Ranges are generous, and built with the very best of materials. Recent stadium developments in the two countries shows how parochial our thinking is.

Yes, the new Wellington stadium has merit both in form and location, but is poorly suited for the main codes (rugby, football and cricket) it was constructed for. Auckland’s Eden Park is a mess. Poorly visually-matched stadium buildings, coupled with its location in a quiet suburban area, are bad enough.

But the main sports field itself is a joke, whichever code attempts to play there. It may not be responsible for the abysmal record of Auckland’s rugby teams, but it can’ t be helping. And in the meantime Cantabrians just wait with bated breath for something, anything, to happen.

Contrast this with the numerous new and refurbished stadiums in any larger Australian city, and the difference in breadth of thinking is clear. What our Aussie mates will have to say about the “State House sculpture” planned for the end of Queen’s Wharf I can’ t imagine.

While it is an unfair comparison, there will no doubt be some snide comments about how Sydney has its world-famous and much loved Opera House, while Auckland is content with a miniaturised version of a typical Kiwi bach.

Perception is reality when it comes to public icons, and any artistic merit will be overlooked among the derisive laughter from across the ditch.

The ongoing fight bet ween Auckland Council and its wholly-owned but stroppily independent CCO (Council-Controlled Organisation) the Auckland Waterfront Development Agency, around how or whether to expand the port area, illustrates the inherent weakness in the way Auckland Council was structured.

Not only do we have a presidential-style mayoralty at loggerheads with a dysfunctional council set-up, but also a range of partly independent CCOs, each with their own separate agendas. A new waterfront stadium for all three football codes sounds a sensible idea, especially if Eden Park and Mt Smart could both be redeveloped for much-needed residential purposes.

But attempting to push such a project through the Machiavellian Auckland Council resource management processes, plus the complications of council versus its waterfront CCO appears, at best, an unlikely prospect.