Home Latest News The folly behind the falls from height campaign 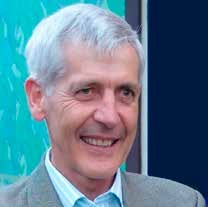 The New Zealand Initiative (TNZI) recently published a report, A Matter of Balance: Regulating Safety. It was critical of the Ministry of Business, Innovation and Employment’s campaign to reduce injuries from falls from height of less than three metres in residential construction.

The thrust of the criticism was that the cumulative costs being imposed on the industry and, thereby, home owners, could well be more than $1 billion. Yet, apparently, no attempt had been made at the time to estimate them, let alone establish greater offsetting safety or other benefits.

I’ve said in the report that it is irresponsible of government to impose such large costs on industry, and thereby householders, without making such an evaluation in advance.

Systems should be in place that stop this from happening. The same systems should give those who are expected to foot the bill advance notice about its likely size, and a meaningful capacity to dispute the proposed cost imposition.

This is no more than good practice. What builder would do some costly work on a customer’s house — uninvited and unpermitted — and then expect the customer to pay the bill!
Of course this is not a dispute about safety. Safety is important. Everyone can agree about that.

A BRANZ report in 2014 found that the campaign could not be justified on safety grounds alone. Not remotely.

It put the campaign’s (present value) cost to industry for the next 25 years at $1.07 billion, and the safety benefits at around $0.51 billion. Far greater safety benefits could indicatively have been achieved by spending the same amount of money on the roads.

Nor is safety the only thing that is important. Household budgets must also allow for spending on food, shelter, warmth, health care, education and much else.

The BRANZ report took account of such competing considerations. It found that the campaign might be justifiable if it also raised job productivity.

It reported that “averaging results of figures submitted by builders” suggested that there could be a small net gain in productivity of 0.8% per project.

All up, it valued cumulative productivity and related gains for firms at around $0.6 billion. Adding about $0.2 billion of benefits to taxpayers gave it a figure for total benefits of $1.13 billion as against costs of $1.07 billion. A positive net benefit is a tick for the campaign. But only if the calculations are robust.

The first problem is that the figures are not robust. This is not a criticism of BRANZ. No robust figures were available for establishing statistically significant safety gains, or to support the postulated productivity gains.

A second problem is that if the calculations were correct, there is no obvious need for the campaign. Productivity gains benefit the firm directly. Greater safety is an employer-provided, non-wage benefit for workers. Workers trade off wage and non-wage benefits.

So if the safety and productivity benefits combined really do exceed the costs, normal processes should see them being secured in the fullness of time without regulation.

A third problem is that the cost of the campaign to the industry and home owners is plausibly much higher than $1.07 billion — arguably, some billions higher in present value terms.

For a start, BRANZ put the additional cost of building a 200sq m single-storey building at $3304. The TNZI paper cites a detailed costing by Peter May of Homebuilt Homes. It comes to $7107 (GST inclusive) for such a building on a flat section in Palmerston North.

Independently, Michael Fox of Primesite Homes argues that once margins and other extras are factored in, the additional cost to the home owner would be more like $15,000. So how robust is BRANZ’s $3304 figure?

A second point is that BRANZ’s cost calculations excluded additional costs for repairs and maintenance, or even for accessing a roof in order to inspect it or a TV aerial or dish.

A purely indicative calculation in the TNZI paper shows how omitted additional costs for repairs and maintenance could potentially more than double BRANZ’s $1.07 billion cost estimate.

Regrettably, the chief executive of WorkSafe NZ’s reported responses in the Dominion Post to the publication of TNZI’s paper did not attempt to justify the campaign in net benefit terms.

So how can it happen that government regulators can impose major costs on the community without adequate justification prior to launch? The short answer is that home owners bear the costs, not the regulators.

A very famous economist, Milton Friedman of the University of Chicago, once observed that when we are spending our own money for our own benefit we care about both the cost and the benefit.

The last of these four circumstances applies to government spending and regulation. That is why good process disciplines on government are necessary.

Well, ministers could have required officials to produce a detailed assessment of the costs and benefits of the campaign prior to launch. They did not do so. Why not?

The underlying problem is that the prime aim of a government is to get re-elected. What is good politics when emotions are high is not necessarily good for the community.

The Pike River mining disaster in November 2010 brought workplace safety to the fore in a very emotional way. Being seen to be doing something was politically important.

One consequence was that the Government set up WorkSafe New Zealand to focus on increasing workplace safety. Another was to set a target of reducing workplace death and serious injury rates by 25% by 2020. Neither initiative appears to give cost as much attention as benefits.

Another reason why no cost benefit assessment was made is that the governing legislation does not require one.

The Health and Safety in Employment Act 1992 requires employers to “take all practicable steps to ensure the safety of employees while at work”. This requirement also reduces compliance cost to a secondary consideration, if that.

So what is to be done? On the narrow issue, the campaign should be either properly justified, or reined in.

On the broad issue, control agencies and ministers should put better processes in place that make it harder for these things to occur. Neither will happen if apathy wins.

A Matter of Balance: Regulating Safety can be downloaded from nzinitiative.org.nz.