Home Apprenticeships Apprentice of the Year — an insider view 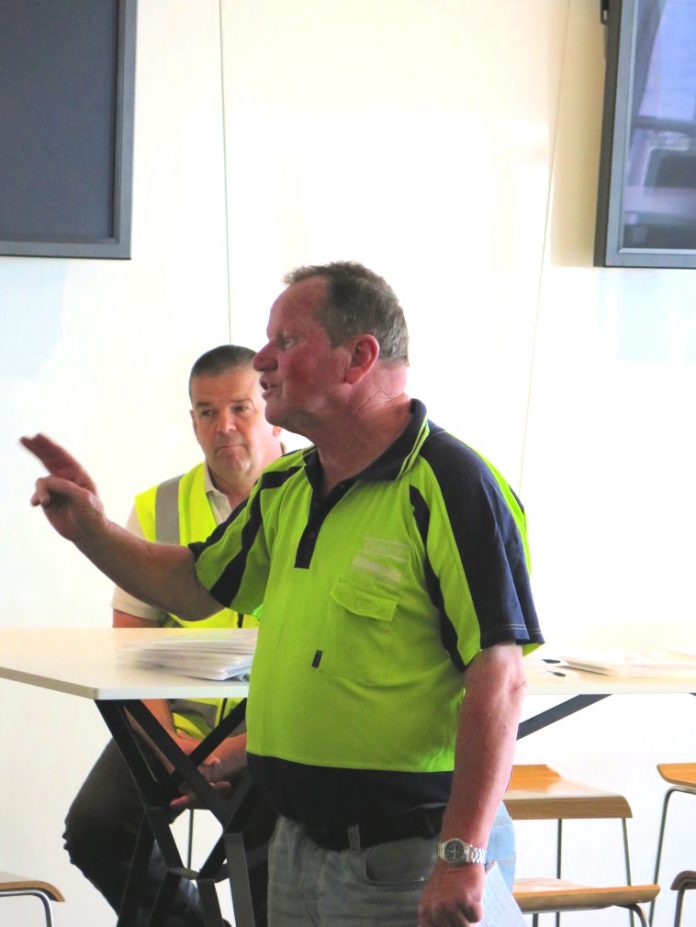 The Registered Master Builders Carters 2016 Apprentice of the Year competition is soon to commence, with entries opening in April.

Regional judge and national practical co-ordinator Dave Mudge offers an insider view on what judges will be looking for.

Last year, more than 145 apprentices competed for the coveted title of Apprentice of the Year.

The nationally-renowned title stands the apprentice and their employer in good stead with their peers, as well as gaining significant recognition in the public eye.

The competition opens many doors for entrants, and is a great way to kick off their career in the industry.

Registered Master Builder Dave Mudge from Mudge Builders Ltd in Wellington has been involved in the annual competition for at least 10 years, and has judged at a regional and national level.

The judging panel also consists of representatives from Carters and BCITO, all of whom are expert leaders in the building industry. But what exactly do they look for in a winning apprentice?

“We’re looking for an apprentice that is an all-rounder. They need practical skills, academic skills and people skills,” Mr Mudge says.

“Everyone has good and bad points, but we are looking for an apprentice that has an overall understanding of the industry they’re in.”

Mr Mudge says the initial submission stage is a crucial part of the competition, as it provides the judges with their first impression, allowing them to build up a picture in their mind of the apprentice.

“I always, always read the submission before I interview the apprentice. You get a lot from what the apprentice puts down on paper, you get a feel for who they are,” he says.

Following the submission, the judges go on to interview the apprentices. Mr Mudge explains that there’s an array of questions, from practical and product knowledge, to questions about the building code and Acts.

“The interview is usually about 45 minutes, and for most apprentices it’s a pretty nerve-wracking stage!

“But we want to stress it is not that bad. We are not trying to trip them up, we just want to get to know them and their work a little better.

“There are two crucial things the apprentice should remember in the interview — to relax, and be honest. If you don’t know the answer, say you don’t know. You’re being interviewed by industry experts — we will know if you’re fudging it!”

After the interview, the apprentices are put through a site inspection. Mr Mudge says this stage is for judges to confirm what they heard at the interview.

“We’ve had a couple of apprentices trip themselves up — where they’ve said one thing in the interview and it’s completely different on the site. This comes back to my honesty point — just don’t fudge it.

“All I’d say to an apprentice in the lead-up to the site visit is that it’s their site, not ours. I don’t come on to a site until I’m invited. This gives the apprentice a chance to do their health and safety induction, and introduce us.”

Mr Mudge says entering the competition is invaluable, and he encourages all apprentices to give it a go.

“For me as an employer, if I read on their CV that an apprentice was an entrant in the Apprentice of the Year competition, they would have a real advantage on the others. The competition is a massive bonus to put on your CV, and speaks leaps and bounds of the apprentice.”

Mr Mudge wishes all contestants the best of luck this year, and looks forward to seeing the talent for 2016.

Apprentices, employers and young people aspiring to be a part of the construction industry are encouraged to join the Facebook page at
www.facebook.com/apprenticeoftheyear, or follow us on Twitter: @AOY_NZ.

Owned by the Registered Master Builders Association, the Apprentice of the Year competition is made possible thanks to principal sponsor Carters, the Building and Construction Industry Training Organisation (BCITO), and supporting sponsor the Ministry of Business, Innovation and Employment (MBIE).