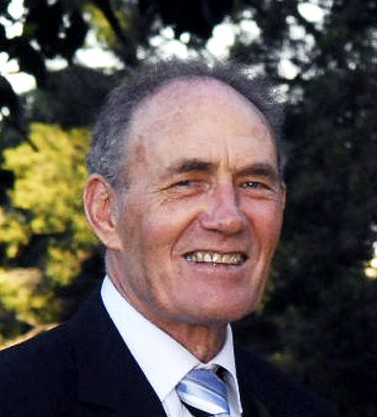 The so-called “law of unintended consequences” is attributed to 17th Century English philosopher John Locke who, interestingly, was commenting at the time on the unintended results of interest rate regulations.

It seems that nothing really changes, with the Reserve Bank continuing to attempt the impossible — controlling inflation and house prices by manipulating the bank rate.

The law of unintended consequences states that actions can lead to outcomes not foreseen or intended. These might be either an unexpected benefit or an unexpected drawback.

Alternately, it can produce a perverse result: the opposite to what was intended, or the problem ending up worse than it was before.

In the 1970s the British government encouraged home owners to build conservatories on to their homes, to provide insulation and warmth to the rest of the home.

However, people enjoyed using them as extra living rooms, but then found they needed to add heating and cooling to make them liveable year round. The result was a significant increase rather than a reduction in energy use.

Unintended consequences can be caused by ignorance (for example, poorly defining the problem), errors in analysis, or a short-term interest overriding any long-term gain.

It can also result from what is called a self-defeating prophecy — essentially, seeking a solution to a non-existent problem. Sound familiar?

The government, in introducing a performance-based Building Act and Building Code in 1991 (and it should be remembered that this was a world-first) never intended that levels of quality and efficiency in the construction industry would drop as a result.

However, they did make three key mistakes:

• They decided that the new Building Code would be implemented and controlled by 68 individual local authorities,

• Then they decided to produce a range of deemed-to-comply documents (acceptable solutions and verification methods).

• Finally, they overlooked the fact that the construction industry was no longer led by the design professions.

The first decision resulted in not just a lack of consistency, but it spread the available intellectual ability of council officers too thin.

A single central building control authority, staffed with the best qualified inspectors, all operating on the same basis, would have overcome both these deficiencies.

The second error was providing a range of cookbook building solutions which individual local authorities latched on to as the only way to comply, rather than offering bottom-line solutions for the less qualified.

The third mistake — overlooking the fact that the key decision-makers post-1990 were developers, not designers — saw a significant lowering of construction quality.

Developers, particularly in the earlier days (pre-2000) believed that the most economic (i.e. cheapest) solution was best for them and best for the industry.

Not true, but understandable if your sole responsibility is to make the largest possible lawful profit.

Was the leaky building crisis the unintended consequence of introducing a performance-based building code? Perhaps not, but the cause of the crisis emanated from a lowering rather than a raising of construction standards.

To those who still believe that the 1993 decision to allow untreated framing timber was the cause of ongoing weathertightness issues, I can only say check your science.

Timber in 1990 was treated with water-soluble boron salts against borer, not against mould growth and rot.

Nevertheless, allowing untreated framing timber without first modifying how we built exterior timber-framed walls was a bad decision, because our knowledge of how timber-framed houses dealt with water ingress was woefully inadequate.

The very first serious tests of how a house’s exterior walls dealt with water ingress was carried out by a government work group as late as 2002.

This was followed by more serious long-term testing by BRANZ. Before then, we had only the broadest idea of what happened when water got behind the exterior weather skin.

The formation of the Auckland Council was intended to ensure that the country’s economic engine was given a chance of producing a dynamic, expanding city that could stand alongside the best city centres in the developed world.

The opportunity to plan a single city with sufficient critical mass — 1.5 million people and growing — was seen as a win-win situation for Auckland and for the whole country.

For population centres further south, I say remain small and efficient. Having a presidential-style mayor attempting to manage and negotiate with a bunch of disparate, single-issue councillors and a number of council-owned but independent COOs (council-owned organisations) is a mess.

And the Unitary Plan? If ever there was a contradiction in terms this is it. No plan and a complete lack of unity. The consequences seem much more likely to be of the unintended variety, rather than providing for a vibrant, liveable city.

I pity anyone taking on the Auckland mayoralty later this year. Social commentator Alain de Botton has a cautionary lesson for those seeking fame and recognition. He said: The urge to be loved by strangers should be treated as a mental illness.

Perhaps the best example of unintended consequences was the attempt back in the 1970s to farm wild salmon by relying on the supposed fact that salmon always return to the place they were spawned.

It was to be known as “ocean ranching”. Unfortunately, no one told the young salmon who, when released, took off to the open sea never to return.