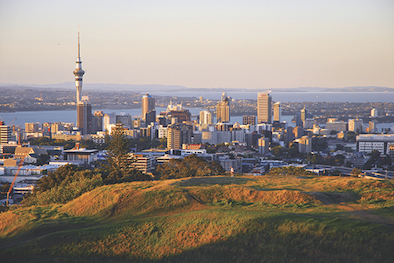 Mayoral hopefuls took to the stage at the Auckland Business School to answer questions concerning their visions for the Supercity.

Just over a million people are eligible to vote in Auckland’s Local Body Elections, and recent surveys suggest a significant percent of voters are still undecided.

With less than a month remaining until polls open, Aucklanders must decide on a replacement for current Mayor Len Brown, who is standing down after two terms.

Chaired by well-known journalist and political commentator Rod Oram, questions on topics such as housing affordability, transport options, funding infrastructure and Auckland’s Unitary Plan were put to each of the mayoral candidates.

Part of the Fast Forward lecture series at the Faculty of Creative Arts and Industries at the University, the Mayoral Debate included questions from Transparency International New Zealand, the local chapter of the world-leading anti-corruption agency.