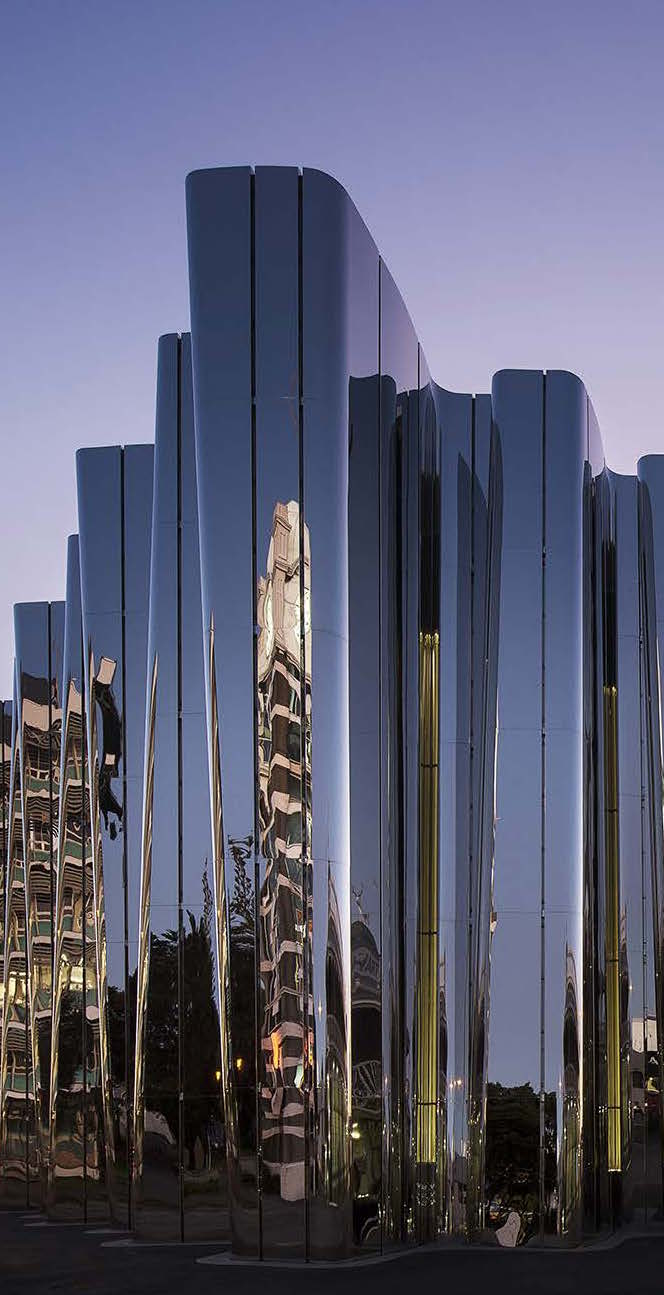 It is the first time the software company’s Signature Building has been awarded to a New Zealand building.

The multi-award winning architectural firm said completing the entire project was only possible through a holistic and collaborative process involving architects, specifiers, engineers, builders and other subcontractors working on a 3D BIM model.

While the software was essential for such a technically complex project, the Patterson Associates team use Archicad for all of their projects, Mr Mitchell says.

“By pairing Archicad with its accompanying BIMx app, project data was available instantly wherever the builder or engineer was, because the 3D files and documentation could be accessed from a smart device onsite,” he says.

Clelands Construction’s Bruce Earby says the BIM model meant there were no more clashes between services and structure.

eCubed environmental engineers’ Mark Kessner says through the collaborative process, the BIM model allowed the company to revise the plantroom design quickly from two to one, saving nearly one million dollars.

“It needed to integrate with a proposed new art and cultural precinct, which links through to the commercial heart of the city. It also needed to seamlessly merge with an existing heritage art gallery facility in a converted movie theatre,” they said.

Mr Mitchell says the process was “team-worked,” with several people working on design and documentation at any one time.

“As the design was evolving, information was passed on to outside consultants, such as structural, civil and mechanical engineers, and fire and acoustic consultants.

“They all had a solid understanding of the building form and design considerations,” he says. “They then began their own design processes and fed BIM information — all in 3D — back to us.

“After we finished the construction documentation, our construction partners used the BIM model to facilitate their own design shop drawings through to manufacture,” Mr Mitchell says.

“Co-ordination of services and structure has always been a complex and time-consuming issue, but BIM technology makes the whole process faster, easier and more accurate.”

Mr Mitchell says the selection of the Len Lye Centre was a great honour for everybody involved in the design and delivery of the building.

The Centre, which opened last year, is New Zealand’s only museum dedicated to a single artist. The design has also been selected as a finalist in the 2016 World Architecture Festival to be held in Berlin in November.

Graphisoft’s selectors described Patterson Associates’ design as creating a space that is “reverential, creating a sensory experience from light as a temple for art”.