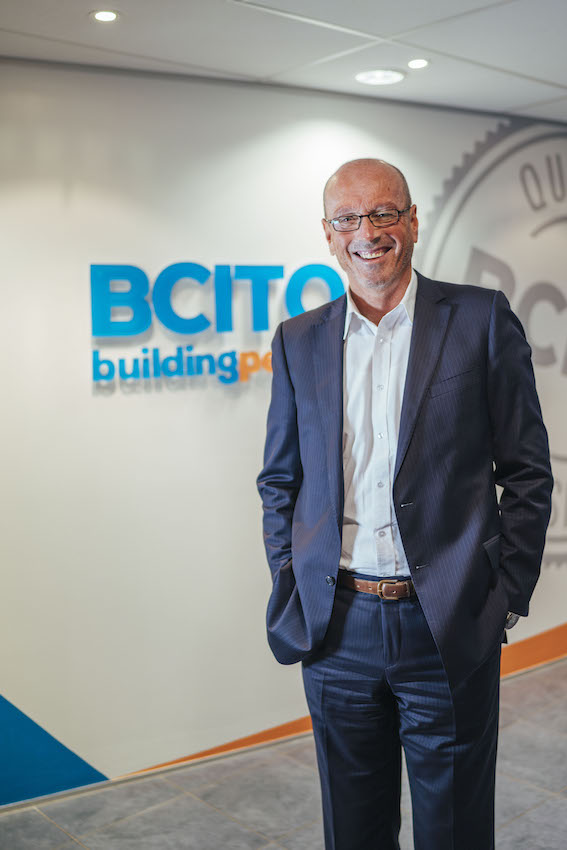 BT: How many apprentices does the BCITO have training in BCITO apprenticeships currently?

What new initiatives are being undertaken by the BCITO, and how are you going to convince more employers to take on apprentices?

WQ: This is a complex issue influenced by many factors. During boom times we chase potential apprentices and during bust periods we chase employers.

Therefore, our issue is not so much finding enough apprentices during the boom, but retaining them during a bust. If we can do that, then our shortfall when the market recovers is that much less.

There has also been a structural change in the industry over the past 20 years or so where an increasing amount of work is contracted out. This creates fierce competitive rivalry amongst smaller firms, and that rivalry is essentially based on price.

This lowest price contracting model has been discussed in the recent PWC Report (Valuing the Role of Construction in New Zealand) as a barrier to improving labour productivity, investment in technology and innovation, and collaboration. I think it also extends to investment in training.

We know that the greatest growth in apprenticeship numbers comes from those firms that already train. New firms are not training in the same numbers, yet they make up an increasing portion of our workforce. They believe having an apprentice will make them less competitive, and see them as an expense.

We have done a lot of work trying to convince them why it’s good business to train, and can respond by providing skills that are more closely aligned with their business needs, improve the skills pipeline by repositioning the trades as a genuine career option, and open up new labour markets that we currently don’t attract.

All that will help (and we are doing that), but we also need a sector that is prepared to take them, and one that values skills and qualifications — and shows it does.

However, that can be a difficult proposition for a small business when the signals it receives from the lowest price contracting model seem to tell them otherwise.

BT: Specifically, what programmes are being rolled out to smooth the construction industry’s boom/bust cycles that make it difficult for employers to train and keep apprentices?

WQ: The BCITO can’t do anything to change the boom and bust cycle of the industry — it would be nice if we could.

We know that apprentice numbers collapse during a bust, much more so than general construction employment numbers — which, in itself, is significantly more volatile than the general employment market.

So we start well behind the eight-ball when the recovery comes, and it then takes two more years for firms to begin taking on apprentices in numbers.

So this is, indeed, the sector’s challenge — how to convince firms to train when there is little work, and when the lowest price contracting model is seen as a disincentive.

I think there are a number of things to consider here:

• Ensure construction companies have better business skills so they understand the ebbs and flows of the economy and how a business should respond. This includes the value of training, and to not see it as a cost but an investment.

• Have more closely aligned training/qualifications to how the sector is structured so training is directly related to the job being undertaken.

• Have the sector send strong signals that training is valued, and have purchasers of construction services (including principal contractors) insisting on firms they employ having a certain number of trainees.

• Consider some form of financial incentive which may require central Government involvement.

• Have better labour force planning by having a dedicated policy unit somewhere in Government monitoring the labour market demands, and using whatever leavers it has to encourage skills development to avoid capacity and capability problems when the market eventually recovers.

BT: Do you have any comment to make on what the future holds in getting more apprentices into industry training — eg, are there programmes and initiatives that work overseas that have not yet been tried in New Zealand?

WQ: We do not want to end up like South Korea. Ranked one of the most innovative countries in the OECD, South Korea has just realised that too many of its school leavers attended university.

It considers that it has “over trained” — I prefer “incorrectly trained” — and is implementing an apprentice regime for the first time in its history.

We don’t want to wake up one day and wonder where all the apprentices have gone as well.