Home Latest News House of the Year showcases fantastic quality of work from members around... 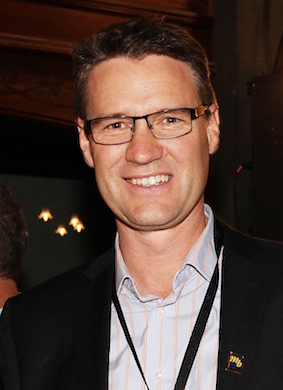 The pinnacle of our 2016 events calendar was the recent Registered Master Builders 2016 House of the Year national gala awards dinner, with MC Hilary Barry fronting a fantastic event attended by more than 500 people.

The quality of the entrants was highly impressive, and it was great to see some first-time entrants winning, and also some long-time entrants picking up their first national awards.

Of particular note for me in this year’s awards were:

• Avenue Construction, Palmerston North. This company has entered the House of the Year since the inception of the competition in 1991, and won its first national title in the Master Build Services Renovation Award up to $250,000 category.

• House of the Year Supreme Award winner Richard Davidson Builders was encouraged by his architect to become an RMBA member three years ago, and now reaps the rewards of entering the House of the Year, along with enjoying the value of the full package of RMBA benefits to his business.

Building and Housing Minister Hon Dr Nick Smith was very complimentary of our awards evening. He offered Ministry of Business Innovation and Enterprise (MBIE) support for our new multi-unit House of the Year category.

He also talked about the Smith family business in tower cranes (he ended up choosing politics), and presented some startling statistics backing up Auckland’s booming construction sector.

Auckland, he said, currently with 64 cranes on the skyline, outstrips any United States city at present — Seattle being top of the pile with 58, followed by Los Angeles (40), Washington DC (29), and New York (28).

Dr Smith also discussed territorial authorities, how the RMBA can assist in rating their effectiveness across the country, and the upcoming government work plan leading into the 2017 election.

Following on from the RMBA-led Constructive conference in Christchurch in September where a lot of the discussion centred around medium density housing, we as an RMBA Board, have decided to combine two lower-value categories in House of the Year, and introduce three new ones in 2017.

Our new multi-unit category is reflective of the changing activity in this space.

Land supply, a desire to live centrally to services, and housing affordability have all contributed to a high volume growth in this area.

We see these projects able to being entered in either the New Zealand Commercial Project Awards or the House of the Year, so therefore this category will be open to all members and the non-aligned.

We have also introduced two new group housing categories, the purpose being to offer something to the section of our membership that builds to a price, but not necessarily with an expansive architectural canvas.

With the busy period approaching Christmas well upon us all, large parts of the middle of New Zealand have suffered major stress and disruption from the November 14 earthquake.

Our industry wasn’t really looking for any more work, but there are some very sad situations developing post-quakes.

Our thoughts go out to the worst affected in the upper South Island.

Wellington didn’t escape lightly either, with our own staff locked out of our RMBA national support office indefinitely while serious issues with an unsafe car park building next door are sorted out.

This situation is being repeated throughout the city, adding to stress levels.

Meanwhile, I have made a start getting around the country as RMBA president. I managed to meet with the Auckland executive early in November, and the RMBA Board also had a meeting in Auckland last month so I caught up with the local executive.

Discussion in both meetings was very positive, and I have been invited to visit the Canterbury Branch in the new year.

Please make contact (see details below) if you have an event coming up or would like to extend an invite to me to visit.

Sadly, I was forced to miss a visit to the Manawatu Branch as they launched a great apprentice initiative in November, the inaugural Wilson Lewis scholarship.

We had major earthquake issues at our own house 11 floors up in central Wellington a few days prior, so I hope to be there for the second event in 2017.

Here’s hoping all your projects are on track in the next few weeks, that you get to take a well-deserved Christmas break and get some time out with family and friends, and have a chance to recharge the batteries.

Merry Christmas and best wishes for a prosperous 2017.