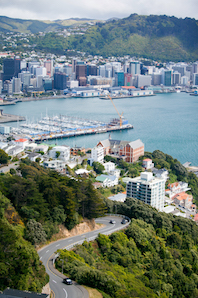 The claim was made as the IRD building in Wellington was evacuated recently as a precaution after an engineer’s report raised safety concerns around some of the floors, months on from the 7.8 magnitude Kaikoura earthquake.

Between 450 and 500 staff were evacuated from the building after an engineer’s report came back raising concerns about one or two of the building’s prefabricated concrete floors.

New Zealand Society for Earthquake Engineering president Peter Smith says after completing hundreds of rapid assessments, engineers have developed a profile of Wellington buildings that suffered the most damage in the Kaikoura earthquake, or are susceptible to a similar future event.

“The council is being proactive in requiring all buildings fitting this profile to have targeted evaluations. We fully support the measures the council is taking.

“The buildings that need targeted evaluation share key characteristics. These include being medium height and having concrete frames with precast floors,” Mr Smith says.

“Other characteristics include being sited on soft soils or ridge lines, having significant damage to non-structural elements, demonstrating signs of stretch in carpet tiles or ceilings, or damage to facades.

“This quake has generated severe shaking in buildings with these characteristics, and some of these buildings have been tested beyond their design loadings.”

“As well as carrying out hundreds of assessments, engineers have been working hard to analyse emerging patterns of damage across Wellington buildings.”

Mr Campbell says the targeted damage evaluations mandated by the council will involve reviewing structural drawings, and are likely to be invasive.

This means potentially taking up some floor coverings, stripping off selected wall linings, and inspecting ceiling spaces to look for specific patterns of damage.

“How long it takes depends on the size of the building and availability of drawings, but you would normally expect the inspection component to be completed in a day.”

“The energy of the Kaikoura earthquake wasn’t focused on shorter, stiffer buildings, some of which are categorised as earthquake-prone,” Ms Freeman-Greene says.

“It’s important to realise that earthquake-prone buildings are likely to perform poorly in an earthquake centred closer to Wellington.”

Ms Freeman-Greene says structural engineers are being brought in from outside Wellington to help meet current demand.

“IPENZ appreciates the close collaboration between the council and the engineering profession.”