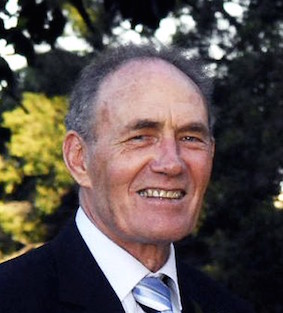 Fact: The word with most entries in the Oxford Dictionary is “set” — a word able to be used as a noun, adjective or verb, as well as part of colloquial expressions like set off and get set.

And Get Set seemed an appropriate title for my first blog of 2017, particularly after so many breathtaking changes and dramatic events during 2016, including being the only country to change its flag to the same flag.

An old Chinese curse says: May you live in interesting times — referring to the inevitable upheaval arising from change, be it personal, political, positive or negative.

Our industry has had to cope with fallout from recent natural disasters, as well as the public’s lack of confidence in political answers to issues of the day, be they climate change, housing costs or financial meltdowns.

New Zealand seems incapable of providing a quick and meaningful response to something as basic as building enough houses — in particular, houses people can afford.

Our government’s and our industry’s response to recent natural and created disasters — such as the weathertightness issue — has also been less than stellar.

I’ll therefore give a personal list of possible improvements for our industry in 2017 and beyond. Some may be tongue in cheek. Or are they?

1   Discard all acceptable solutions to the Building Code

Acceptable solutions are “cookbook” answers to minimum levels of compliance with the building code’s performance statements.

It was never the intention of the Building Industry Commission that “deemed to comply” documents be used by professional designers or builders. But they are now used by most designers, with the downstream effect that minimum standards have become the only standard. We should be aiming higher.

This is illustrated by the serious downside of expensive but non-life-threatening damage to buildings during recent earthquakes. And whatever happened to lifecycle costings?

Prior to the concerns raised about rotting timber frames and defective claddings in the early 2000s, the then Building Industry Authority was investigating how best to review the acceptable solution for claddings.

A number of reports were prepared on replacing the fixed “cookbook”-type approach and introducing a series of acceptable principles — for example, how to manufacture and install a window, or how to install various cladding types.

Manufacturers would then be encouraged to produce their own “branded acceptable solutions” to match the principles set out in the code documents.

This still seems a better approach, but the initial panicked response to the weathertightness issue left the idea on a dusty top shelf.

In 2006, the then Department of Building and Housing produced a guide document entitled “Principles of Weathertightness”, so the idea was not completely forgotten. Might be worth another look.

This has been talked about in recent years, particularly as a way of introducing online consenting, greater use of technology in the approvals process and being able to direct challenging designs to more technically astute BCAs. It never happened, and now seems to be firmly in the too hard basket.

4   A national database of code-compliant materials, products and systems

Almost every month there is another example of substandard building products or problems of products in use. Under-strength concrete, defective reinforcing and structural steel, glass with false standards markings, defective plumbing pipe work.

Having a national database of code-compliant materials, products and systems seems a no-brainer. This is especially true as the acceptable solutions do not mention or cover branded products.

Come on industry organisations — BRANZ, NZIA, IPENZ, RMBA, etc — it is in your best interests to insist — yes insist — that the Ministry step up to the mark on this critical issue.

A national database would also provide a resource for building owners on matters such as ongoing maintenance requirements, or appropriate end of life product replacement.

We are now well behind countries of similar size such as Norway and Finland on this technology, technology that has been around for more than 25 years.

The advantages in terms of reduced cost and increased quality are huge, but without serious engagement by government — and I concede there is some engagement — those practitioners and builders already using BIM are left at the “bleeding edge,” needing, but not receiving, legislative support. It’s. Just. All. Too. Slow.

The Oxford Dictionary allows the use of “build” as a noun, but not in the manner first promoted by Kevin McCloud on the TV programme Grand Designs.

It is now seriously overused in any conversation about construction or design. It may or may not be grammatically correct, but it is certainly annoyingly overused and pretentious. Please stop!