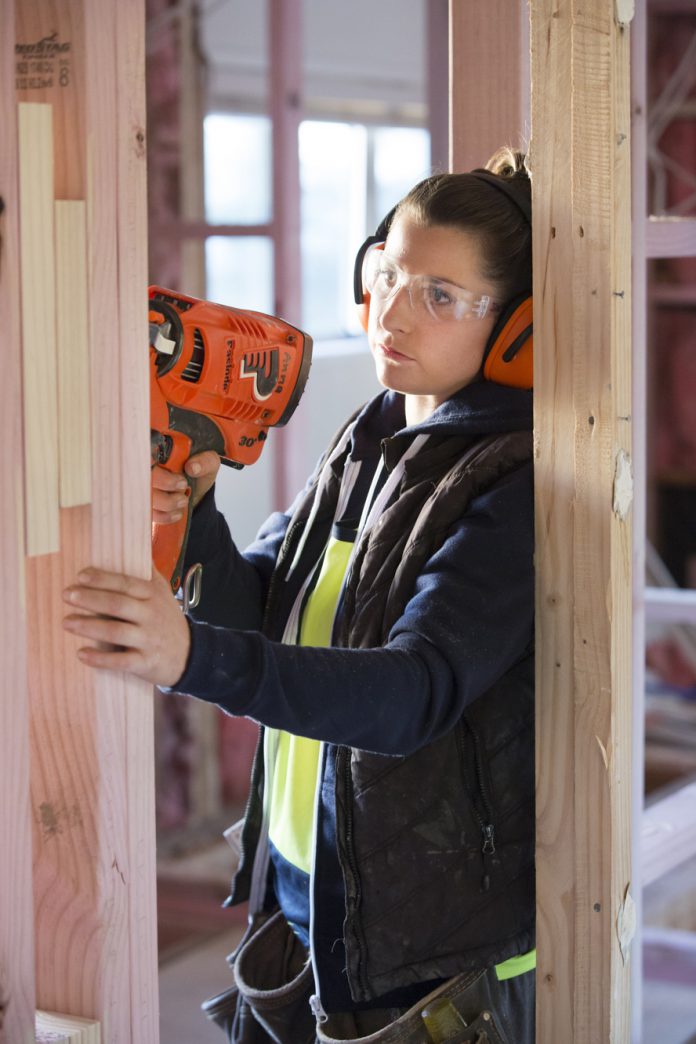 As part of the solution to New Zealand’s under-resourced construction sector, a new three-year research project looking at how to get more women into trades has been launched.

Jointly commissioned by the Ministry for Women and Ako Aotearoa, the National Centre for Tertiary Teaching Excellence, the project aims to increase the participation and success of women in the construction and engineering-related trades where they are traditionally under-represented.

Ako Aotearoa director Dr Stanley Frielick says it is delighted to join with the Ministry for Women in supporting a major project that will contribute to positive change for women participating in the trades.

“The vital importance of this work is evident in the committed and collaborative team supporting the project.”

A group of organisations are involved in the research project led by the Building and Construction Industry Training Organisation (BCITO).

“With $178 billion of work forecast for the next five years*, the strong demand for skilled workers in the construction and engineering trades is unquestionable,” BCITO chief executive Warwick Quinn says.

“Regrettably, so too is the low participation rate of women in those trades.

“Our traditional workforce pools are not large enough to meet the demand so we must be diverse in approach,” Mr Quinn says.

“We believe the timing is right for a project of this size and scope, and that the commitment is there to leverage the demand to increase the participation and success of women.”

Collaboration is at the core of the project and the group’s greatest strength, Mr Quinn says.

“Our belief is that by working together we can achieve a significant increase in the participation rates of women.”

They are supported by 18 associated industry educational organisations, 19 secondary schools and a growing list of supporters.

The research will be conducted over the next three years through three interrelated focus areas — working with women in the trades and those involved in pre-trade training, engaging with trade employers, and working with data to establish benchmarks and measure change.

“Through frank discussions with women working in identified trades, we aim to discover what the significant characteristics of their engagement and learning journeys are,” Mr Quinn says.

“Based on what we learn from these discussions, and national and overseas research, we will initiate change projects involving educational and industry programmes, processes and practices,” he says.

One of the expected project outputs is a set of practical tools, guides and other resources for women, employers, educators and decision-makers.

“We are confident the project will contribute positively to women’s increased participation and achievement in construction and engineering-related trades, and increased equity in the workplace,” Mr Quinn says.