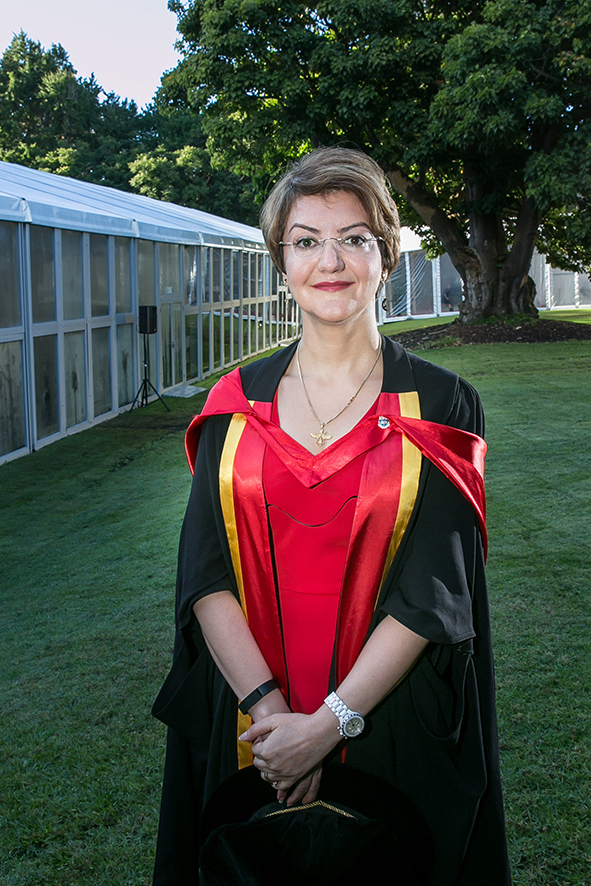 A planner with a background in economics has graduated with a PhD that is the culmination of research which sounds a warning over the role of neoliberalism in thwarting the provision of affordable housing.

Elham (Ellie) Bahmanteymouri says her frustration with the daily problems she faced during her 16 years working in public and private sectors, including the Ministry of Road and Urban Development of Iran (MRUDI), was the driving force behind her decision to research a PhD.

She was capped with a Doctor of Philosophy in Planning from the School of Architecture and Planning as part of the University of Auckland’s recent Autumn Graduation.

Her thesis, titled An Ontological Investigation of Urban Growth Management Policies under Neoliberalism, examined the planning problems and challenges faced by urban areas in Perth and Tehran.

Her two case studies were examined over a recent 30-year period.

Ms Bahmanteymouri’s findings indicate that Australia and Iran’s land release policies have failed to increase the supply of affordable urban housing, largely due to the influences of neoliberalism, leading to housing becoming a speculative investment for many people.

In a new study, she is now turning her attention to the issues in Auckland.

Ms Bahmanteymouri, who was born and raised in Iran, originally completed a degree in economics. She followed this by studying a masters in urban planning and design from the Tehran Central Branch of Azad University.

In 2011, she arrived in New Zealand as a doctoral student, and began investigating Australian and Iranian land release policies for managing the provision of adequate affordable urban housing.

She says it was while working in the MRUDI that she first considered how regulations, plans and policies could work in opposition to public policy objectives.

Industrialisation, the 1979 revolution, and the Iran-Iraq war all resulted in population displacement and internal migration to Iran’s bigger cities.

Recognising the shortage of affordable housing stock, the Government established land supply policies for managing urban growth. Allegedly created to prevent informal settlements and poor quality housing, in practice, these contradictory policies relating to the supply of land and urban growth not only failed to provide affordable housing, but also excluded the poor.

Now employed as a Lecturer at the School of Architecture and Planning where she specialises in urban economics, urban land use economics and urban economic development, Ms Bahmanteymouri is currently examining the Auckland metropolitan area, using her research methodology to compare the two cases from Australia and Iran with New Zealand.