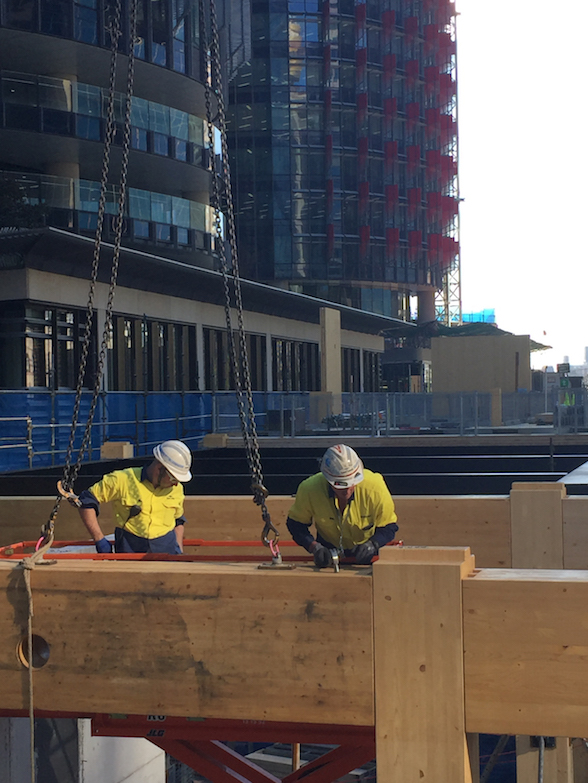 Structural strength, rapid erection time and reduced weight are all great reasons to build with engineered timber, according to the Wood Producers and Manufacturers’ Association.

The New Zealand housing market can’t keep up with demand, especially in Auckland and Christchurch. Buyers are demanding modern, watertight and healthy homes at prices they can afford — and using engineered timber, these can be delivered on time and within budget.

“Over the past two years, construction systems using engineered timber have proven to the local industry there are definite cost and performance advantages for developers,” NZ Wood promotion manager Debbie Fergie says.

“It’s been used overseas for 20-plus years to build wonderful commercial and residential structures, yet we Kiwis seem to be reluctant to build anything above two storeys using timber as the primary construction material.”

In 2013, Australia’s first 10-storey apartment building in engineered wood was built in Melbourne’s Dockland, then the tallest timber residential building in the world.

In 2017, resource consent is being processed for construction of a number of tall timber buildings in New Zealand — for example, a $20 million hotel on Dominion Road in Auckland that developers are hoping will be ready in early 2018.

Engineered wood product buildings can be erected up to 30% faster than steel and concrete builds. The ability to slot structural components together as accurately as with plastic building blocks makes overall construction times significantly quicker.

Their flexibility under load makes them ideal for earthquake and high wind zones, and Cross Laminated Timber’s lighter weight for similar strength is a big advantage in unstable or liquefaction-prone soils.

Neighbours are happy because there’s less noise associated with the build, since beams and walls have been factory cut to size and can be assembled on site using only one or two tools, by “four or five” builders.

Timber is also a renewable resource, and there is no need for large trees to produce long and structurally strong panels and beams using engineered wood.

For more information contact Debbie Fergie on 021 807 002, or email debbie@wpma.org.nz.