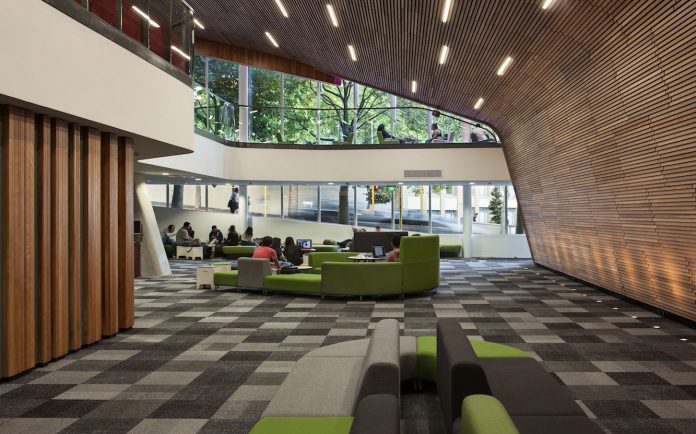 They’re considered the “best of the best” — companies recognised for outstanding achievement in commercial construction after winning five or more national titles in the New Zealand Commercial Project Awards.

This year, four project partners went Platinum — Athfield Architects, Fletcher Construction, Powell Fenwick Consultants and Rider Levett Bucknall — after being involved in some of the most memorable projects of the Awards’ history.

Athfield Architects — which has won six national titles since the first year of the Awards in 2013, including three awards in 2015 (the Supreme Award, Residential Award and Value Award for over $15 million) for the Clyde Quay Wharf Redevelopment — is a company synonymous with the changing face of Wellington’s cityscape.

Co-founded by Sir Ian Athfield in the late 1960s, Athfield Architects was also behind the Scots College Creative and Performing Arts Centre — winner of the 2013 Education Award — and the Devonport Library Project that took out the Commercial and Civic, and the Value  Award $5 million to $15 million categories last year.

The past three years has seen Fletcher Construction take out a slew of awards, including the Education category winner in 2014 for the AUT Sir Paul Reeves Building, and two awards the following year (Commercial and Civic, and Value Award $5 million to $15 million) for Christchurch’s Norwest on Victoria — one of the early rebuilds after the devastating Christchurch earthquakes.

Also in 2015, Fletchers won the Education category for the Wintec Engineering and Trades Facility in Hamilton, while it took the NALCO Health Award in 2016 for the Kathleen Kilgour Centre Radiotherapy Unit in Tauranga — a state-of-the-art medical complex.

“The impressive record of five awards at this year’s Commercial Project Awards is an important recognition of our commitment to quality and delivering for clients,” Ms Kernahan says.

“It was especially pleasing to see we achieved excellence in the categories of Civic and Educational buildings for the 2017 awards, and the Platinum award recognises our previous wins in Commercial and Value categories.”

Christchurch-based engineering consultants, Powell Fenwick Consultants, has won a national category in every year of the Awards since it began in 2013 — including two Retail Award category wins for Kaiapoi New World Supermarket (2013) and Pak’nSave in Marlborough (2014).

In 2014, the successful restoration of Strowan House in Christchurch after the earthquakes, which involved a number of challenges including inserting and concealing sizeable structural elements (while keeping the decorative features intact), earned a win in the Restoration category.

In 2015, the team was involved in the Christchurch Eye Surgery project, winner of the Health category, while in 2016 they were part of the expansion and redevelopment of Mainfreight Christchurch, a highly successful project that won the Industrial Award category last year.

Construction and quantity surveyor consultancy Rider Levett Bucknall was also recognised for its category wins in 2013 for the Scots College Creative and Performing Arts Centre (Education), 2014 for the CDHB Christchurch Hospital Parkside Wards and Acute Medical Assessment Unit (Health and Value Award $5 to $15million), and Te Takere — the supermarket turned expanded public library in Levin — and in 2016 for the Kathleen Kilgour Centre Radiotherapy Unit (Health).