Home Industry News Budget 2017 — what’s on the table for the construction industry? 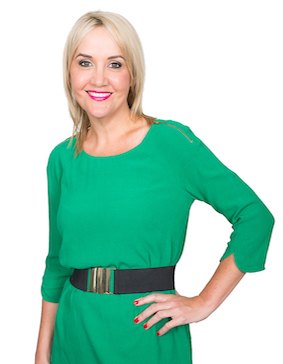 “The NPS-UDC requires councils to make sure plans provide plenty of opportunities for feasible housing and business development. It’s important that it is implemented as quickly and effectively as possible.

“Together with the second phase of the Resource Management Act reforms, it is one of our key initiatives to help address housing affordability.

“The $1 billion Housing Infrastructure Fund is another key initiative, and is designed to assist high-growth councils in financing necessary infrastructure — the water supply, storm water, waste water and roading — to open up new housing areas.

“Budget 2017 provides a further $3.5 million to administer this fund.”

The Government is allocating $4 billion in new capital spending as part of Budget 2017 as it builds the infrastructure for a growing economy.

“We have reserved a further $7 billion in new capital for the following three Budgets.”

• $812 million for the reinstatement of State Highway One north and south of Kaikoura.

• $436 million for the first stage of Auckland’s City Rail link which will greatly boost the capacity of the commuter rail network in central Auckland.

• $150 million in additional capital towards the new building programme for hospitals.

• $576 million for the Defence Forces for new equipment and the commencement of the upgrading of the Defence Estate.

• $100 million to expand the government’s programme to release Crown land for housing development around the country.

Budget 2017 also lays out for the first time the government’s total investment in new capital infrastructure over the forecast period.

“The Government will invest a total of $32.5 billion over the next four years in new infrastructure, which is a 40% increase on the last four years,” Mr Joyce says.

“And Housing New Zealand will invest $2.2 billion in the Auckland Housing Programme as announced by Minister Adams last week.”

Budget 2017 will include $100 million in new capital funding to allow vacant or under-utilised Crown land to be freed up for additional housing developments, Social Housing Minister Amy Adams says.

“The Government has committed to building 34,000 new houses in Auckland over the next 10 years, and the Crown Land Development Programme is contributing land for 2700 of those houses,” Ms Adams says.

“The new capital will be used to fund the additional areas of Crown land needed for around 1200 of these new houses.”

Over its lifetime, the Crown Land Programme is fiscally-neutral. Upfront funds are used to cover the cost of holding the land while it is being developed. Once the homes built on this land are built and sold or, in some instances, earlier, the Crown will recoup the price of the land.

“As part of the programme, the Government has committed to 20% of the homes being available for social housing and a further 20% priced as affordable — defined as no more than the KiwiSaver HomeStart cap,” Ms Adams says.

“Recently I turned the sod at a new 100-house development on New North Road in Auckland on land previously set aside for roading, at least half of which will be affordable houses.”

The Crown Land Programme is part of the Government’s Crown Building Project which will replace 8300 old, rundown houses in Auckland with 34,000 brand new, purpose-built houses over 10 years.

“We inherited a school property portfolio with an average age of 40 years, beset by issues such as leaky buildings and poor maintenance.

Mr Macindoe says this investment is all part of a commitment to provide the public services needed in a growing country, and will help modernise and transform schools into 21st Century learning environments.

“A total of $277.6 million, comprising $240.3 million capital and $37.3 million operating funding over four years, will be committed to projects in Auckland,” Mr Macindoe says.

Ms Kaye says this will fund four new schools, one school expansion and the relocation and rebuilding of two special education schools to co-locate on a new site, as well as around 170 more classrooms at various schools city-wide.

“The investment in Auckland delivers on the government’s pledge in 2014 to build nine new schools, as well as extra classrooms, to address roll growth in the city. The extra funding will see an increase of new student places to more than 21,000 by 2021.”

Outside Auckland, there is $146.9 million for school property, comprising $125.7 million capital and $21.2 million operating funding over four years.

Budget 2017 scores a 7/10 from the Property Council New Zealand (PCNZ), in recognition of improvements to housing and infrastructure investment.

“After years of underinvestment, we are particularly pleased to see the Government attempting to beef up their funding and put in place some solid foundations for future growth,” PCNZ chief executive Connal Townsend says.

“As the largest economic sector, contributing 13% of GDP, property is the foundation of the New Zealand economy. It supports the rest of the economy because it is the infrastructure of business and the homes that shelter us all.

Whilst Budget 2017 investment is welcomed, Mr Townsend believes it is only the beginning as New Zealand plays considerable catch-up in terms of funding and planning our cities.

“More money is needed for infrastructure and buildings, but we recognise the current need is greater than can be accommodated in any one budget or even five budgets.

“Given the significant size of investment needed in bricks and mortar, money needs to go into new thinking and innovation around how we fund and deliver infrastructure.

“We also need to reform the wider planning and building systems so they deliver more effectiveness and efficiency for the economy,” Mr Townsend says.

• The $2.23 billion, four-year Crown-land programme turning 8300 houses into 34,000 new residences for vulnerable families, first-home buyers and for the wider market.
• $11 billion of new funding for infrastructure across New Zealand over the next four years.

• Indications of investment in innovation and the built environment, infrastructure funding and construction.
• Reform of the wider planning and building regulatory system.
• More assistance, above what was given in last year’s budget, to local councils for housing infrastructure.

New Zealand is facing bigger trade barriers than ever before, particularly by manufacturers trying to add value to exports, and the Government should “pull out all the stops” to grow the New Zealand manufacturing sector in a world where protectionism is increasing sharply.

So said Wood Processors and Manufacturers’ Association (WPMA) chairman Brian Stanley when he returned from accompanying the Prime Minister on his recent trade mission to Japan.

The Government’s latest budget acknowledges this discrepancy, and the WPMA welcomes the trade boost of $91.3 million over four years, as they welcome the additional $74.6 million funding for Callaghan Innovation to grow business research and development.

Both measures have the potential to help lift the country’s export manufacturing competitiveness.

The WPMA firmly believes the New Zealand Government must focus its international trade efforts on scrapping or seriously limiting other countries’ massive subsidy systems if we are to compete successfully.

The recent increase in the VAT differential between logs and value-add wood imports into China is an excellent example.

“This will likely lead to yet higher log prices in New Zealand,” Mr Stanley says.

“New Zealand has long been an advocate for free and fair international trading, and the need for us to boost our global leadership on this has never been greater,” WPMA chief executive Dr Jon Tanner adds.