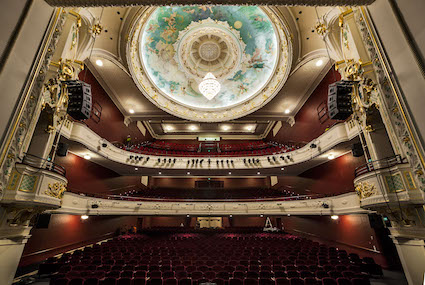 A much-treasured historic theatre has been lovingly resurrected through a meticulous and imaginative restoration effort.

Christchurch’s February 2011 earthquake left the Isaac Theatre Royal shattered and broken. For three months, it sat closed until the full extent of the damage was seen.

Brickwork was compromised, there was a gap between the proscenium arch and the auditorium, and the dress circle had slumped. The theatre was filled with cracked plasterwork, broken joinery and glass.

It was placed under notice requiring it to be stabilised — or demolished — within 10 days.

After operating for more than a century, it was decided that the theatre was too grand to lose forever.

The winner of this year’s Heritage/Restoration category at the New Zealand Commercial Project Awards, the rebuilt Isaac Theatre Royal is an epic feat of creative engineering, and a huge success for the project team made up of Naylor Love Construction, Warren and Mahoney Architects and RCP.

Despite a major overhaul that has brought it into line with the building code, it has retained its Heritage Category I listing.

Subtle modifications in the main space provide enhanced accessibility, acoustics and audience lines of sight, and a number of additional features have been added to the building such as an upper level foyer, and second performance space.

“To call this a restoration would altogether understate the extent of the project,” the judging panel said.

“Seismic damage to this Christchurch landmark was so great that it was largely rebuilt from the ground up, with all the ornate detail faithfully replicated.

“However, the opportunity was taken to improve sightlines in the theatre with subtle tweaks to the geometry, and to add extra lobby and service facilities in a way that makes them indistinguishable from original features.”

An essential part of this project was the preservation of historic features such as the brick and Oamaru stone facade, marble grand staircase and decorative plasterwork on the walls and ceilings.

The team used 3D scanning to accurately record the original condition of the building, and used this data to faithfully reconstruct any elements which could not be preserved in their original form.

Italian specialists were brought in to clean and restore a series of canvas paintings from Shakespeare’s A Midsummer Night’s Dream in the dome.

The client specified that the theatre needed to be operational as soon as possible, so a fast-track programme was devised where design, consenting and construction were carried out simultaneously.