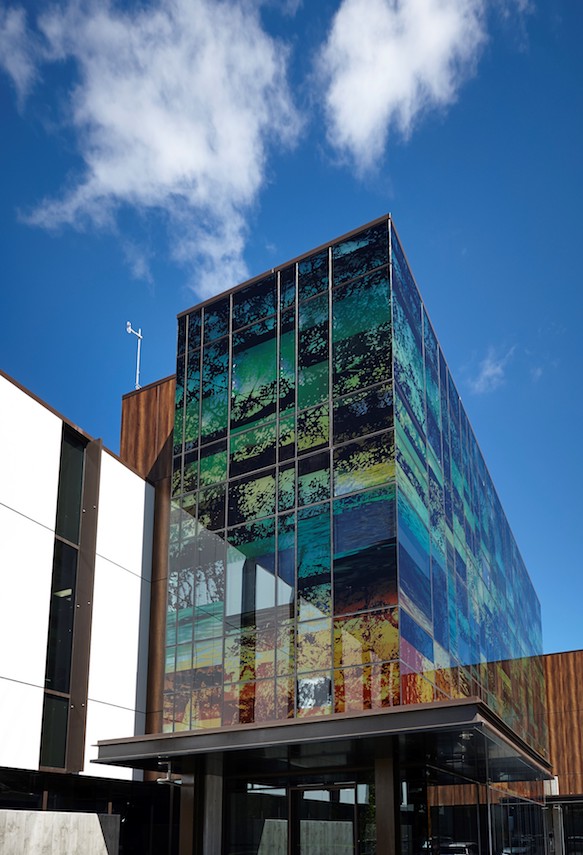 The Window and Glass Association of New Zealand (WGANZ) has put the best of New Zealand designed and manufactured windows and glass in the spotlight at its annual awards, with winners from around the country showcasing the industry’s craftsmanship and ever-increasing innovation.

Awards across commercial and residential projects recognised the accomplishments of home-grown businesses from Auckland to Queenstown, as well as up-and-coming and freshly qualified apprentices from the Waikato, Gisborne and Nelson regions.

The complex and colourful window and glass solutions for the Ministry of Primary Industries’ new Auckland-based office took two category wins and the Supreme title, which was presented jointly to Bradnam’s Windows & Doors (for joinery) and Metro Performance Glass Auckland (for glass).

Described by the judges as “a synthesis of design, fabrication and installation”, strong collaboration between joint-winners Metro Performance Glass and Bradnam’s Windows & Doors, along with Williams Architects and Macrennie Commercial Construction, was key to the project’s success.

The building stands out among its neighbours with multiple window facades that required more than 1800sq m of high performance glass, including 250sq m of digitally-printed glass for an impressive four-sided curtain wall.

“The process to print each of the hundreds of specific pieces that make up the design of the curtain wall was painstaking. It’s an architectural masterpiece, and the glass is the key component in the building’s success.”

Bradnam’s Windows & Doors commercial branch manager Kenneth van der Goes says each piece of glass had to be perfectly matched to create a cohesive whole, and the overall facade of the building, which is comprised of a mix of square, parallelogram and trapezoid shapes, is “incredible”.

“It’s one of those projects you’d describe as ‘magic’,” he says.

“It’s not often you get the chance to show off just what the industry can do, but I think the MPI building is a testament to the diversity of what we can achieve.”

Equally dramatic and complex was the major award winner in the Residential Over $175k category: the Queenstown home Di Bella Cascata, featuring expansive windows and glass by Vistalite Otago.

Italian for “falling water”, the Kiwi home is evocative of its famous Frank Lloyd Wright-designed namesake, with a four-tier, heavily-glazed design that takes full advantage of the panoramic views on offer.

Vistalite Otago owner Michael Brenssell says ongoing technical advances in windows and glass meant they were able to maximise the use of glass without compromising the thermal integrity of the building.

“Temperatures in the Queenstown area can range from -10° in winter to a sweltering 35° in summer, so you’re dealing with extremes at either end of the spectrum.”

“A building that’s 65% glass like Di Bella Cascata wouldn’t have been feasible in Queenstown even just a decade ago,” Mr Brenssell says.