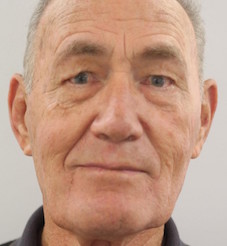 Not sure how this morphed into linotype — a 90-character machine for making lead printing type. Or perhaps to linoleum — a floor covering made from linen or canvas coated with linseed oil and various fillers including cork. But perhaps not.

The king of linoleum in the UK was James Williamson, 1st Baron Ashton, although the original inventor of the product in 1855 was Englishman Frederick Walton, who first called his new product Kampticon.

This name was close to, but not too close to, a rival product called Kamptulicon.

Sensibly, the name was later changed to linoleum, from the Latin words linum (flax) and oleum (oil). So nothing to do with the Latin word Lino at all.

After more than 100 years as a down-to-earth, modest floor covering for modest homes, linoleum saw something of a rebirth in the 1970s as a trendy and apparently environmentally-friendly alternative to sheet vinyl.

How environmentally friendly it really was might have been moot, but the use of new laying techniques, incorporating borders and inlayed patterns, led to its resurgence for a brief period.

Killed off, along with vinyl, by the growing popularity of overlay timber and ceramic tiles, it is seldom seen today.

The king of linoleum

Walton continued in linoleum manufacture for some years, spreading his interests to the USA and opening a factory in the suburb of Staten Island, New York.

For a time the town where the factory was located was called Linoleumville — later changed to the more sensible name Travis. However, back in the UK, the real king of linoleum was James Williamson, 1st Baron Ashton.

Baron Ashton was a British businessman, philanthropist and Liberal Party politician. His elevation to a peerage in 1895 was subject to some comment at the time that the title had been purchased. So what’s new.

Nevertheless, the criticism haunted him and led to his eventual withdrawal from public life.

The most interesting thing about Lord Ashton was not his peerage, but the fact that he became one of the wealthiest men in the world through the manufacture and wordwide sale of something as prosaic as lino.

To quote him on his early success: The mammoth works on the banks of the River Lune at Lancaster are the most extensive in the universe that are owned and controlled solely by one individual.

Clearly back then, modesty was not a trait found in very successful, self-made men.

Baron Ashton made no secret of why he was so successful. He invested in modern machinery, supplied goods at the then neglected bottom of the flooring market, imported his own raw materials from Portugal in his own ships, negotiated cut-price rail charges for transporting his products throughout the UK, paid low wages, and discouraged unionism.

However, the real secret was keeping a personal eye on all aspects of the business, and developing an export trade to countries around the world.

Production ceased in 1999, and all that remains today of a once hugely successful business are a few derelict and vandalised factory buildings.

Baron Ashton died in 1930 at the age of 88. He left no will, and it took more than four years to establish that his estate was worth over $21 million — worth more than $1.3 billion today.

And this was after spending much of his later life in philanthropic pursuits, giving away some $60 million to the city of Lancaster.

What ultimately happened to linoleum manufacture in Lancaster is a sad reflection of  the demise of most manufacturing industries in the UK today — and not that different to what is happening in New Zealand, not just in manufacturing but especially in the construction industry.

Recently there was a shocked response by the public when an international hotel chain reported it was bringing in finishing gangs from overseas for its new waterfront hotel due to the lack of local skilled labour.

I have on my bookshelves a book titled Home Work, illustrating architects’ own homes.

Contrasting with this view of leading architects living in modernist castles of their own design, I have noticed a growing trend for architects of a certain age to move into late 19th Century homes in my inner-city Auckland suburb.

So does this mean that many architects are yearning for a more settled time away from the pressures of keeping up with all things modern, all things high-tech?

Or is it to avoid the problems of cost and quality that seem rife in our house building industry today? Not sure, but it does make you think.

Computers, cellphones and the internet have become an essential part of life. But just as they have allowed our industry to grow and expand, they have also changed how society interacts.

Sean Parker, the first president of Facebook, said recently that Facebook exploits a vulnerability in human psychology, and that he and others are expressing doubts about the monster they helped create.

And I thought Facebook was just about providing lonely people with imaginary friends — not, as current news reports confirm, the ability for some entities to misuse personal information.