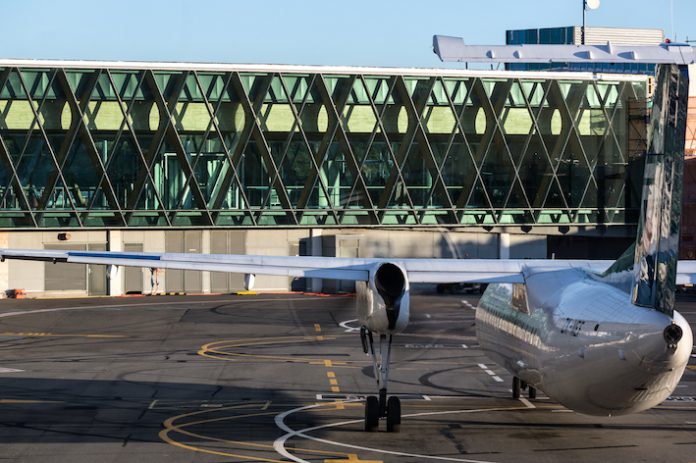 Hawkins Construction has proven its planning and building expertise, taking out a Gold Award and category win for the PlaceMakers Tourism and Leisure Project at the 2018 New Zealand Commercial Project Awards.

This was the first major work done on the airport’s main terminal building since its opening in 1999. Its completion opens up the airport to increase its passenger numbers substantially over the next decade.

Throughout the project, Hawkins had to adapt to a range of logistical issues that came with working in the middle of a busy airport.

“For us, the main complexity of the build was undertaking it within a live operational airport,” Hawkins Construction project director Andrew King says.

“It was imperative that the airport was run ‘business as usual’ — and we were sometimes working within 15 metres of operational jets.

“There were many stakeholders we had to manage and ensure were not interrupted — retail outlets, airlines, operational aircraft, baggage handling — so it took a lot of forward planning and communication on our part.”

Hawkins was faced with problems from day one. This included learning how to work around baggage handlers operating directly through the building site.

“This issue meant our work site was split in half right from the get-go. Builders had to use a security pass when crossing the baggage road just to get to the other side of their construction site,” Mr King says.

“This proved logistically challenging to manage, as we had up to 200 people and a multitude of construction equipment on-site, which was crossing into an airside environment.”

Competition judges were impressed with how the builders took on these challenges, creating a final build that was brilliantly designed.

“This sensitive addition to a much-admired building was carried out in a complex series of phases to ensure the building was fully functional throughout the process,” they said.

“Creativity and detailed planning ensured passengers and baggage handling could pass through the area of the works without compromising safety or security.

“The result is an addition so well integrated that it looks as though it was always intended as the completion of the southern end of the building.”

Mr King says this award provides great recognition for his company, and proves it has the know-how to plan and implement complex projects in tough environments.

“This project was a high-profile job — all Wellington Tier 1 Contractors tendered for it, and we won it. So it was great to prove our expertise and show we can do the job,” he says.