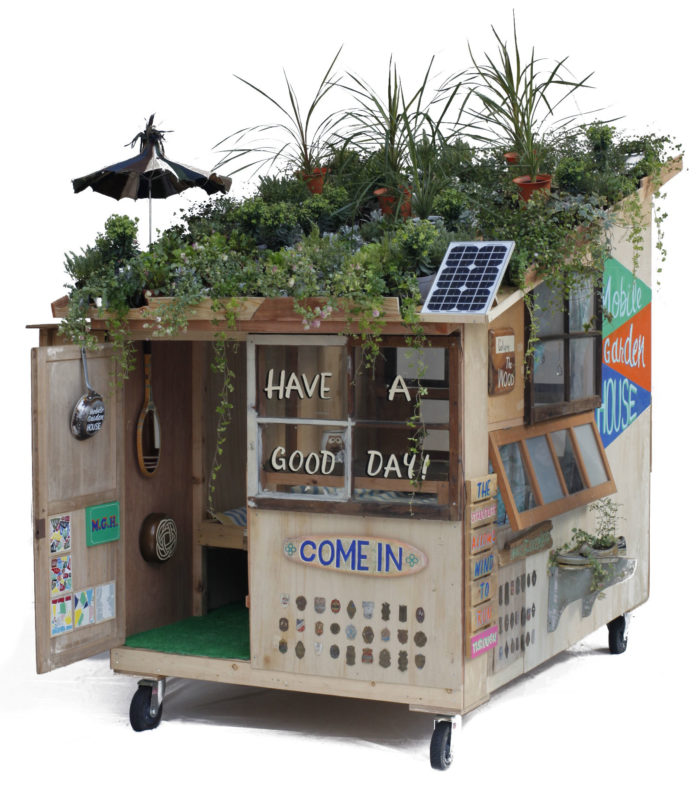 Every builder’s boot quivers at the name of Japanese artist Kyohei Sagaguchi.

Described as a “polymath” and a high-achieving genius, his houses can be built by most people, and they cost zilch.

According to a piece in the New York Times, Sakaguchi’s career began in architecture school (he graduated from Waseda University in 2001), where he was intrigued by a government report that estimated that there were six million vacant houses in Japan.

“I asked my professor why we had to build new houses,” he said. “I thought it was very strange. I started thinking, is there a way to become an architect without building a house?”

In fact, his “Zero Yen House” project has become something of a cause celebre.

The range of styles is remarkable — a mobile cardboard home built on a wooden cart, a house made out of a discarded playground slide, and even a house that incorporates a Shinto shrine.

He went on to make videos on how to build your own mobile house.

His houses are built on the resources of human nature, not purchasing power.