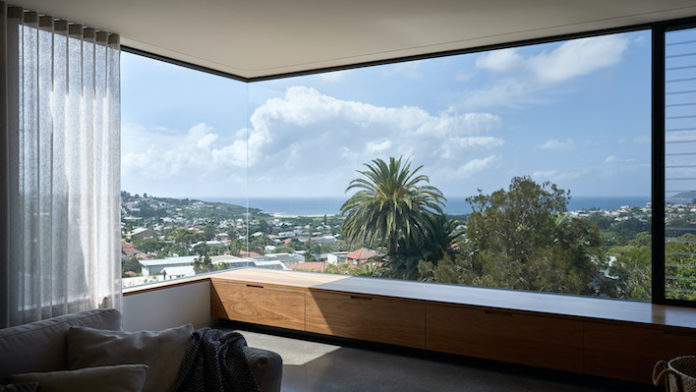 A cascading home with panoramic views by New South Wales builder Mallinger Constructions has won the coveted HIA–CSR Australian Home of the Year at the 2021 HIA-CSR Australian Housing Awards.

The Housing Industry Association (HIA) Awards were announced virtually last month in front of an international audience of industry leaders and home-buying consumers.

The winning home is grand in stature and undulates across multiple levels, embracing the steep slope of its location.

The living wing hovers nine metres out over a sandstone cave, while the open-plan kitchen flows onto a courtyard that contours around protruding boulders.

The judges were impressed by the building team’s engineering feats in overcoming a site fall of more than 17 metres, a plunge pool cut into the rock, and the workmanship of an internal timber feature that conceals a hidden room.

“Rather than removing obstructive site features, the home’s clever design instead binds its internal spaces to them,” the judges commented.