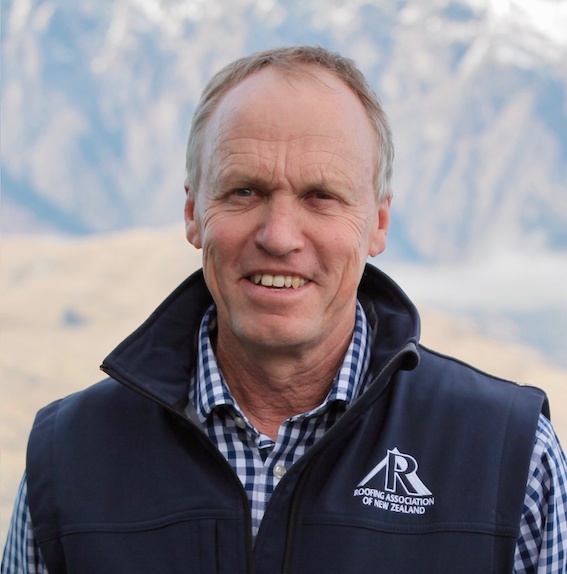 Since the Licensed Building Practitioner (LBP) Scheme’s inception in 2007, the RANZ has been disappointed in the progress towards a more robust scheme.

It could be setting the bar higher, to recognise very competent licence-holders and a protected consumer.

Our membership is more interested in when it will change towards the scheme that members envisaged, rather than hearing the excuses as to why something has not occurred.

Some critical, industry-enhancing points to consider:

• We have lobbied continuously for all types of roofing work to be done by LBPs — specifically, that reroofing must also be carried out by LBPs.

We have seen appalling work in this area where the person carrying out the work makes an absolute mess.

They leave behind leaking roofs and very stressed customers. Legitimate businesses are missing out on this work as they are undercut by price at the expense of skills, safety and sound business practices.

The Ministry of Business Innovation and Employment (MBIE) doesn’t do anything upon being presented with these severe cases as prosecuting such operators goes nowhere.

This is due to the operators being fly-by-nighters who have little-to-no money and can’t pay a fine and, currently, that there is no applicable licence to suspend or cancel.

They generally do not use height protection, and WorkSafe does not bother prosecuting for the same reasons. We need change to prevent them from operating, rather than dealing with the consequences.

• It is too easy to become a Roofing LBP. With respect to the assessors, if the bar is set too low then low is what you get.

We were told in the past that qualifications would become the pathway to being an LBP. We were told that it was going to happen in 2015! Six years later and this has still not happened.

It is just simple logic that our trade training should align to becoming an LBP. Mandate this approach and we will have a significant career pathway established.

Our position is that one gets their national qualification then carries on working in the industry for at least another two years in their area of competency. When this is completed they can then apply for a licence.

• One of our members sent me this — and he is very much at the coal-face. It sums up in an LBP’s own words an industry view, in response to being presented with a severe example of a poor operator:

“I get the general feeling out there among the tradies that being an LBP is not worth the paper it’s written on. I get this kind of comment from LBPs and the normal chippies onsite.

“However, it’s the only thing, apart from actually completing the National Certificate in Membrane, that gives us a bit of credibility with our clients.

“I’m not going to complain because it was easy enough for me to get one and make it look like I’m a professional, but it didn’t really cover much in the way of what experience I had.

“It allowed me to operate my business and have some type of professional credibility element, and that part was great.

“But when you keep hearing of guys like this who actually expose the flaws in the system — where they can look up a number and use it and then there not be much of a consequence when punished for it — it really makes a mockery of the LBP Scheme.

“The MBIE doesn’t want to know. However, the LBP board will hang you out to dry if you stuff up — but this doesn’t happen if you’re a non-LBP.

“A conman ripping people off while damaging their houses and deceiving them should be a criminal offence. But how do we prevent this from happening?

“Since Fair Go recently featured a poor roofer, I have had more people call to say that they follow their due diligence and call the association, before talking to me about re-roofing options.

“This fantastic example above shows how the system needs to be designed to protect Joe Public, and to choose good accredited tradespeople that carry a brand of credibility and trust as an approved RANZ member.”

• We have had feedback that the LBP Scheme is just a revenue-gathering exercise. For tradespeople, this perception is their reality. If it is merely done for compliance purposes when those that use it want so much more, then where are we?

• The LBP scheme is another example of risk allocation being placed with those least able to manage it. Businesses that use LBPs, whether contracting or employing, need to be licensed somehow to better allocate risk.

So what is the Registered Master Builders Association’s stance on where the LBP Scheme should be?

• Graham Moor was a founding board member of the LBP Scheme, serving until 2010.