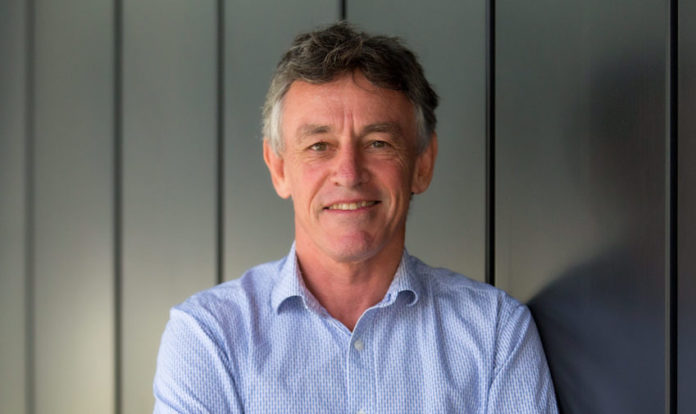 Registered Master Builders chief executive David Kelly has called on the Government to extend its vaccinations mandates to the construction sector, saying that on the back of the successful vaxathon, it is vitally important momentum is maintained.

“We commend the Government’s bold leadership in establishing vaccine mandates in the health and education sectors. “It is the right thing to do,” Kelly says.

“We now call on the Government to front foot broadening mandates to the building and construction workforce.

“Our members are facing a complex situation in the residential sector where clients are advising they only want vaccinated builders in their homes, which they are legally entitled to do.

Master Builders has received strong feedback from members across the sector that the lack of clarity around mandates is increasingly causing confusion and exacerbating already stressful client relationships during a time of peak demand.

This is on top of confusion about their Health and Safety responsibilities to keep their staff safe.

“A government mandate will clear that confusion. It is urgent for it to do so because of the particular nature of the building and construction sector,” Kelly says.

Construction workers travel longer distances to work and are often to multiple daily workplaces. They are exposed to the public in uncontrolled home environments. They frequently work indoors in poorly ventilated environments, and the physical nature of the work means that physical distancing rules increases their risk of accident and injury.

In addition, there are often multiple businesses working on the same site, including the lead contractor and several specialist trades.

“The sector needs to play its part in our national vaccination response and is doing so. But, right now, we need clarity, direction and decisive action from government on vaccine mandates.

“In their absence, there is a risk of further disruption in the sector,” Kelly says.

Meanwhile, the Employers and Manufacturers Association (EMA) says recognising vaccination efforts and freeing up restrictions for those vaccinated in the workplace and in their everyday lives is a welcome approach in the National Party’s “Back in Business” plan released this morning.

“Many of the measures recommended in the plan line-up with the policies we’ve been asking Government to introduce, and National’s plan will provide an interesting contrast to the Government’s announcements on Friday,” EMA chief executive Brett O’Riley says.

O’Riley says National’s recommendations to provide legal backing to business on vaccinations and vaccine passports in the workplace, reopening inter-regional and international borders, widespread rapid antigen and saliva testing, and vaccination targets pegged to allowing the economy to reopen provides the clarity that businesses have been asking for.

“We’re hoping for similar clarity from the Government later in the week.”

National’s plan for a Small Business Mental Health programme would be particularly welcome as many business owners and their staff were struggling with the length of the current lockdowns, and the fact there had been no clear pathway out of those lockdowns, O’Riley says.

“Some of the calls to our AdviceLine and Business Helpline have been desperate, and other business associations are also telling us of similar calls to their helplines. That can’t go on.

“Tax breaks for our smaller businesses, extensions to repaying tax obligations, and incentives for investing are all tangible benefits that will help the small business sector and all businesses to survive and recover.

“The short-term focus on making assistance such as the wage subsidy and other schemes more readily available for a longer period and with more cash would also help those currently struggling.

“Measures targeted at specific sectors are a blueprint for what we’d like to see announced on Friday,” he says.

Longer term, O’Riley says National’s suggestions around immigration and a temporary moratorium on legislation that potentially added costs to business also made sense.

“The EMA is very supportive of training up New Zealanders to fill the skills gap, but in the interim we have a shortage between what is needed now and that future state.

“That gap must be addressed, and it also makes sense to bring in those investor migrants that want to invest in New Zealand, especially while it is regarded as a safe haven.

“The resilience of our business people and their ability to cope with more, rapid change is at a low ebb, so it makes sense to park some of the major change programme that will add further costs.