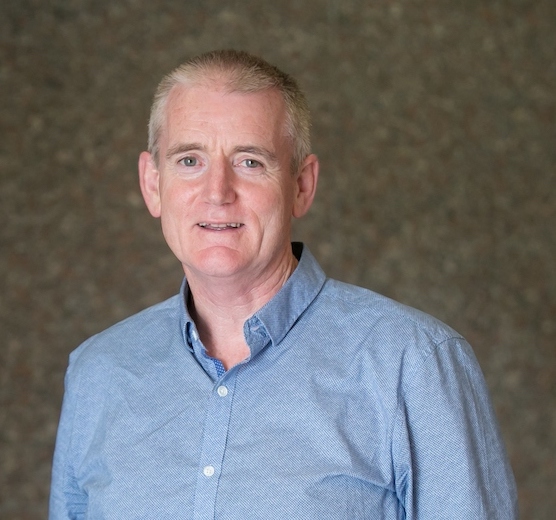 Many readers will have seen the recent positive news that Kainga Ora (formerly Housing Zealand) is poised to order thousands of prefabricated homes using OSM, as it is now commonly known.

Kainga Ora should be congratulated for showing great foresight, as the only way we are going to build the number of houses we need is by integrating OSM techniques alongside traditional building practices.

We could double the number of homes produced with the existing workforce if we use more OSM, along with recalibrating most Kiwis’ penchant for wanting every building bespoke.

Kainga Ora intends to use a mix of New Zealand and overseas providers, where the latter will apparently supply fully-built homes delivered from far flung countries on container ships to New Zealand’s shores.

I can see you all shaking your heads in disbelief. Why would we import homes from overseas when it would make more sense to upscale the New Zealand industry to meet our own needs?

If the Government allows Kainga Ora to source homes from offshore they will, in essence, export jobs and raw materials, and be sending the potential for the local market to build at scale offshore — not just for the foreseeable future but, quite possibly, the indefinite future too.

In their defence, Kainga Ora will have been under immense political pressure to do something quickly about the ballooning housing crisis.

Recent taxation and tenancy law changes have reduced the number of private rentals, pushed rental rates up and, now, tenants perceived as less than perfect have become pretty much solely the Government’s problem to house.

Kainga Ora can safely say that few manufacturers in New Zealand are building at the scale needed, so they have to look offshore.

However, it’s at least 50 years since demand for housing of this magnitude has been made available to the industry, so it’s little wonder we are not building OSM homes at scale.

But that doesn’t mean that with secure forward work, local factories can’t scale up to meet demand.

It’s a chicken and egg scenario where no one will invest extensively in technology and production without the security of multi-year contracts. It would be economically foolhardy to do so.

Hence, the OSM industry in New Zealand has been held back from reaching its potential and being the game changer it could be.

There is a very valid argument that building, and especially building products, in New Zealand is becoming prohibitively expensive, and the latter are being artificially held up by anti-competitive behaviour and lack of competition.

In turn, this overpricing will make it difficult in the long run for New Zealand to have a competitive export market.

The Government could assist by concluding the long-awaited inquiry into building product pricing in New Zealand, and making it easier for internationally-proven mainstream products to enter the New Zealand market.

This would have a two-pronged effect. First, it would help fill the current product shortages and, second, it would supply some healthy competition within a supply market that has been unhealthily captured and controlled by too few players.

These players have the ability to hold the local market to ransom, expecting international rates in a local market that just can’t afford to compete.

We are making peasants out of our own people while a few at the top prosper — and it is not an enduring model.

Places like Canada and the USA who also have large timber supplies decree that the local markets must be satisfied prior to exporting the surplus.

We naively work the other way around and sell everything we have to the highest international bidder, while the local market and consumer is left out in the unaffordable cold.

The foreign nations that profit from our naivety must be laughing at how incredibly short-sighted we are, always taking the short-term financial solution over sustainable, nation wealth-building solutions.

How dumb are we?

Currently, there is an acute shortage of framing timber in New Zealand, and unprecedented mega-inflation on timber and other basic building products — and all the while our wharves are clogged with raw export timber. How dumb are we as a nation to allow this to happen?

I have checked out the technology and systems that competitors are using overseas, and there are providers here in New Zealand that are using similar systems and methods right now.

The only thing the local operators are missing is the invitation to scale up to meet the demand, thereby keeping jobs, building capability and money within New Zealand’s shores.

It’s a no brainer that with a work pipeline like this, New Zealand operators could relatively easily build capability within New Zealand, and have a viable industry at the end of the cycle that could then export houses.

Why on earth would we feather the beds of foreign nations who I suspect could even be getting export subsidies from their own government to keep prices down and maintain capability within their own country?

Kainga Ora’s previous procurement model was to order small numbers of homes from lots of different suppliers at the cheapest possible price. The conditions of contract were punitive, and many contractors have failed trying to deliver. Their process makes newcomers very wary when there are easier clients to work for.

Unfortunately, the landscape is littered with builders and contractors that have not been able to meet the demands, and it’s pretty telling that procurement on the cheapest and fastest platform, combined with punishing liquidated damages and massive bonds, is a formula that is not sustainable.

Added to this, the Kainga Ora pipeline was never any further than 12 months out, and there was no guarantee of continuous work.

As a result, our builders have remained small and nimble as they endeavour to cope with fluctuating workloads and are unable to invest in technology or scale.

As the country’s biggest housing client, and by their own actions alone, Kainga Ora has inadvertently curbed the ability of Kiwi firms to build modular homes at scale.

That is, of course, until now, with the change to multi-tier procurement — and they are to be applauded for this.

If I was Kainga Ora, faced with having to produce an ever-increasing number of dwellings, I would be nurturing the available contractors with fair contract conditions, sustainable pricing, realistic time frames, and multi-year contracts.

That way you are creating strong contractors with the capacity to deliver well out into the future. It’s a win, win, win for the contractor, client and, most importantly, those currently experiencing housing instability or homelessness.

There are promising green shoots that this message is getting through as Kainga Ora grapples with how best to meet the growing demand.

This once-in-a-generation opportunity for the New Zealand industry to scale up to provide social and affordable homes for deserving Kiwis may be lost if Kainga Ora proceeds with its plans to purchase fully-built homes from offshore.

It beggars belief that this opportunity, along with local sustainable jobs, could be lost offshore.

If the Government, with all its worthy rhetoric, allows this to happen they will have fallen at the first hurdle, with its admirable mantra “jobs for Kiwis first” becoming little more than lip service.

This is where the rubber meets the road, and the first cab leaves with this opportunity to build New Zealand capability for modular construction.

Existing construction methods are already tapped out, so the extra houses aren’t going to come through that portal.

It also beggars belief that the construction industry will passively watch an opportunity like this slip away. Can you imagine the uproar from the farming community if the Government decided it was going to import a massive order of dairy and beef products from offshore?

There would rightly be tractors on the steps of parliament, and every politician in the land would be told in no uncertain terms about this.

Builders are too polite and, for a hardy bunch, are disappointingly soft at pushing back at the raw deals successive administrations have dumped upon them.

This is a golden chance for the Government to partner with our industry and walk the talk, get runs on the board and make a difference.

Let’s hope they can deliver on the rhetoric, and see how important this is to New Zealand to have the ongoing ability to house itself and seize the opportunity.

• This article contains the author’s opinion only, and is not necessarily the opinion of the Registered Master Builders Association, its chief executive or staff.