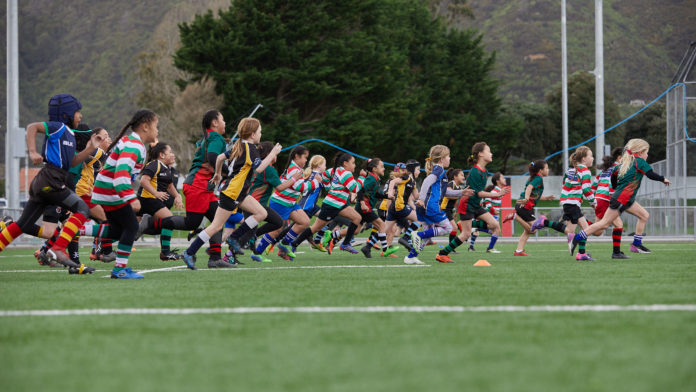 The company’s leadership acknowledges the contribution wahine make to the game, and will focus on the players, fans, volunteers, leaders and communicators who work so hard to promote and grow the game we love, WIRA founding member Traci Houpapa says.

WIRA is a not-for-profit grassroots movement — a collective of current and former players, administrators, managers, coaches, directors and volunteers involved in rugby.

It is 100% about growing the game by ensuring all women of all ages from all over Aotearoa have a positive experience in the sport, on and off the field.

Houpapa says to be successful WIRA needs the support of companies such as Altus to help increase women’s engagement in rugby in playing, coaching, refereeing, administration and governing roles.

“Altus’ significant contribution over three years will help us extend our outreach to the rugby community, develop toolkits for schools and clubs, and to create excitement for women’s rugby, from grassroots to World Cups,” Houpapa says.

Altus sits alongside another foundation partner, Tompkins Wake, who have helped establish WIRA as a not-for-profit entity.

The pathway for wahine in rugby is now even more rewarding in every sense, with the recent launch of Sky Super Rugby Aupiki enabling Farah Palmer Cup players to better chart their path upwards to the Black Ferns and Black Ferns Sevens. But, it all starts in clubs and schools around the motu.

“Rugby is a game we all love, and the women’s game is the fastest growing part of rugby in Aotearoa,” he says.

“We admire the work WIRA does to open a window on every aspect of the women’s game, from the incredible volunteers who turn up in all weathers on the sideline and in clubrooms, to international stars on the field.

“Our motto is ‘success is better shared’, and through our partnership I know our team is looking forward to hearing from WIRA members and players to inspire them in their work and personal lives.

“As a traditionally male-dominated company, we’re also relishing the prospect of learning from the amazing wahine and tane involved in WIRA about how they support women in their sport and in their workplaces, as well as working with them to provide employment pathways for athletes and rugby fans in our businesses.

“It is only by increasing support at every level of the game that we will grow and develop women’s rugby, which I only discovered recently has been played here since 1888.

“I know the women in Altus will appreciate this investment and the work going in behind the scenes to really make this partnership work for us all,” Holden says.

The partnership started on International Women’s Day, but kicks off officially on July 1, 2022 for three years.