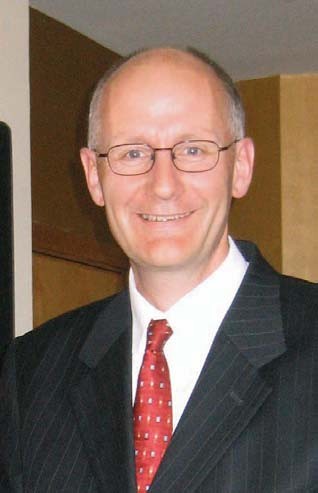 A stock take of progress made by the construction industry over the past year to lift standards following the leaky homes crisis suggests a base has been set for better performance.

This is the view of Construction Industry Council chairman John Pfahlert, who publicly declared a programme of action for the industry when the scale of problem homes was disclosed in late 2003.

“A solid achievement tick can be inserted in a report card on actions that we promised in 2003 to restore public confi dence in building standards,” Mr Pfahlert says.

“Architects, engineers, builders, materials suppliers, researchers and training organisations have all contributed to a concerted campaign aimed at lifting professional and trade performance.

“Among a range of projects accomplished has been establishment of best practice guidelines that cover construction and building projects, procurement procedures and design. These are available to all members of the industry.

“A strategy for better safety and health procedures on building and construction sites has been agreed. We’re working with the Department of Building and Housing to raise standards imposed in the building code.

“Industry training and ongoing professional improvement programmes have stepped up and been expanded. Progress has been made in conjunction with the Government on the implementation of builder registration and accreditation. Mr Pfahlert says the council, which consists of chief executives of more than 28 professional and trade groups representing most sectors of the construction industry, is now working with Standards New Zealand on a review of building and design standards.

It is also engaged in discussions with the department on a wider review of the status of standards and other compliance documents. “A further step we will work on this year is the development of a research strategy for the industry to ensure that what we do and the products we use are up to the highest levels by world standards. “However, probably the most important exercise involves work with the department on the establishment of the new building code.

This probably won’t be close to finalisation for two years, but industry sectors are putting forward seasoned practitioners in various fields to engage in working and consultative activities with departmental officials. “The industry-wide desire is to lift performance and restore the loss of confidence that followed the leaky homes disclosures.

“None of these steps are compensatory for those who encountered, and may in future have to deal with, leaky buildings. But they do offer assurance that the industry is not sitting on its hands and ignoring the problems that became evident when reasons for the crisis were studied.

“There is a need to lift the performance of local government in the area of inspections, and to accelerate consent processing. Our intention is to work with local authorities and the New Zealand Building Officials Institute on the issues that have been identified.

“There is not an instant fix available. Improved training procedures and financial recognition of the importance of their role will do much to improve the situation. “Ongoing government support for industry training of newcomers into the building industry remains vital. We are concerned that labour shortages continue to bedevil the construction industry. “However, demand for training is high, and it is a case of ensuring that funding streams from government match this demand in coming months,” Mr Pfahlert says.