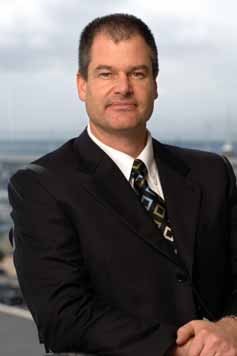 One of the stories in the news recently has been about homes becoming less affordable. The issue itself is not new, and New Zealand’s home affordability levels compared to other countries have been worsening for some time.

But,the analysis of the issue recently published by an Auckland Council — which was woefully factually inaccurate — has at least re-surfaced the underlying important issue: how do we make sure all Kiwis have the ability to afford to own a reasonably priced home? RMB costs competitive As Registered Master Builders we’re confident our building materials and labour costs are competitive. Compared to other countries we know we build for similar overall price levels. So, where are the key differences causing the affordability gap? We think there are three main reasons: 1 General bureaucracy: Given the leaky building crisis of a few years ago (which we are all still working to fix), the Building Act passed in 2004 and a range of associated industry regulatory changes have meant a generally higher level of bureaucracy — higher consent fees, more consent delays and heaps more paperwork.

In some respects that higher level of rigour was needed. The trick is to ensure the bureaucracy doesn’t go too far. Designers and builders around the country will tell you the bureaucracy levels are higher than they should be, and more needs to be done to bring them down to a more reasonable level.

It would be fair to say that concerted efforts are being made by a number of players — the Department of Building and Housing, local authorities, designers and builders — to improve the efficiency of the overall process. We’re looking forward to getting to the point of having clear, consistent and more streamlined consent processes so we can get on with the real job of building houses. 2 Regulatory fees: The next biggest cost imposition is that of regulatory fees charged as part of the consent process. In many parts of the country, particularly in the larger centres, a standard $200,000 home on a $150,000 section will be charged $30,000 in regulatory impact fees by the relevant local authority — apparently to pay for the infrastructure cost that a new home imposes on the local community.

While no one would begrudge the need to pay for a new home’s impact on community infrastructure, charging $30,000 (and more) for the privilege is a bit over the top. We used to be able to challenge the fees under the Resource Management Act when it was thought they were too high.

However, in recent times the charging power has been moved under the Local Government Act and the ability of anyone to appeal against unreasonable fee levels is very limited. There should be much clearer guidelines on how regulatory impact fees are charged, so that they better match actual cost. 3 Land costs: Finally, probably the biggest impact on overall house prices in the past five to 10 years has been the huge rise in land costs. Average section prices have easily doubled in the past five years. And so, whereas the section cost used to be around a quarter of the overall home cost, today it can be as much as half.

The main driver of land prices is supply/availability, and where supply is scarce, land prices go up. Much more has to be done to free up available land, so that overall section prices can come down to a more reasonable level.

If we can fix these things, we can drop the current cost of an average home from $400,000 back down nearer to $300,000, and that would make all the difference in home affordability. We will certainly be encouraging the Government to act more convincingly across all these three areas.