Home Latest News There’s a buzz in the air! 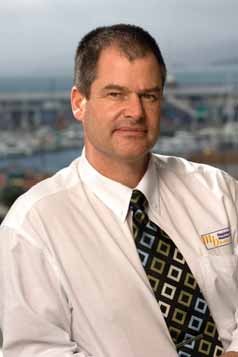 As 2007 has started to crank up a bit I have had the opportunity to get around a couple of parts of the country again, and it’s great to see there’s a general “buzz” in the air! Our members generally have good amounts of work ahead of them — across the commercial and residential sectors — which obviously has a major impact on overall levels of business confidence.

The overall industry dollar spend is still sitting at around $11 billion per annum — and we expect the numbers to more or less stay at that level going forward, which is just fantastic for an industry that, historically, has been the victim of some huge boom and bust cycles.

But as well as that overall industry confidence, I also sense a renewed enthusiasm for being part of the Registered Master Builders organisation and network. Not only are we doing some different and better things at the national level, there’s a whole lot of great stuff going on at the local level as well, and two specific examples come to mind:

The sense of pride from everyone there — from some long-serving life members through to the current president and executive — was just palpable, and the Waikato team should be extremely proud of what they have created for their members.

Christchurch Association “Home of the Trades” office: And similarly to the Waikato Association, the Christchurch RMBA has done a fantastic job in pulling together a new office for the Association.

While the official opening has yet to be held, we hear that everyone has shifted in and calling the new offices “home”. Again, what a great asset this is going to be for Christchurch members.

And there is a whole lot more going on around the traps. But the overall theme for me is that there’s a renewed sense of pride in being a Registered Master Builder, and that’s just great to see.

We have a long and proud heritage as an organisation, way back to 1892 when the first seeds were sown, and we have now been formally operating for 107 years. So, we have a proud history, and a proud legacy to pass on to the next generation of builders.

Which very much validates our Vision Statement for the Registered Master Builders Federation: “Building Excellence for over 100 years”.