Home Latest News Back to the past — an old tradition revisited 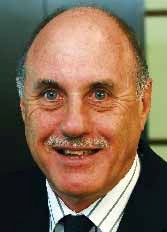 It is well over 10 years since the “old” Central North Island Region (comprising the Registered Master Builders Associations of Gisborne, Hawke’s Bay, Manawatu, Wanganui and Taranaki) got together.

Then, around October each year, there was a weekend gathering with partners to discuss local, federation and regional issues. There was usually a site visit included and a social function on the Saturday evening.

This event was rotated around the Associations making up the region. The third point of contact annually was then at the national conference where everyone used to catch up, particularly at the regional dinners which formed part of the conference programme.

A year ago it was decided to reunite once again, and much work was put in by Lloyd Berendt, Francis Yates, Manawatu Association manager Donna Dowse and president Phil Wolland to make it all happen.

On the first weekend of November a great event was held in Palmerston North. We started with a Friday night get together, giving us the chance to reminisce on past camaraderie, friendships and many fun things that happened over the years (most of which seemed just like yesterday).

Then on Saturday morning RMBF chief executive Pieter Burghout and I did a “Punch and Judy” show, going over all manner of things but basically updating attendees on where the RMBF and the industry is at the present time.

We also outlined items the Commercial & Contracts Committee covers on behalf of the wider membership. One participant noted that many members would be really surprised at what is being done by this committee on their behalf.

Attendees were then given an introduction into the history and construction of the Tararua Wind Farm by David Rubery of Higgins, and following lunch we visited the farm.

We were given access into areas not open to the public, and were all surprised at the sheer size of the project and how much bigger the new turbines are compared with the previous ones.

The group then went to see a new construction project being carried out by Willson Construction Ltd at the Awapuni Racecourse, followed by a look around the new central city upgrade, including the town (city) clock which had been refurbished by McMillan & Lockwood PN Ltd.

That evening there was a meal and time to cast the mind back. Those that wished to, spoke of highlights going back some 20 to 30 years. This turned out to be quite hilarious, as past “tomfoolery” and other events were recounted.

It was noted many times over the weekend how all the 40 to 50 attendees were still with the same partners. Someone quipped “there must be something in Central North Island water” or maybe a “lack of the opposite sex”!

This must be quite unique, in that it is well over 20 years since some of the earlier meetings. It was suggested this could be the reason everyone gets on so well and that it’s like a big family!

It was unanimously agreed there will be another get together in three years’ time in Gisborne, so contact is not lost. I am told the Manawatu Association manager was so that rapt with the event that she has booked for Gisborne already.

A final point to note is that this region has produced 11 national presidents, carrying out 13 years in office since 1961.

The RMBF is in a great place at present, with many enthusiastic people throughout the country participating and carrying out a considerable amount of voluntary work for the benefit of not only themselves and their businesses, but for other members. This must be commended.

I would like to take this opportunity to wish you all a very Merry Christmas and a propserous New Year.

And I thank all RMBF staff and members from around the country for your support during this year.