Home Latest News The Bank, the CCC, and the Final Payment Blues 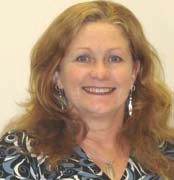 Members will be aware from their business dealings or personal experience, that it is common practice for a bank that is providing mortgage finance for the construction of a new home to withhold making final payment until the local authority issues its Code Compliance Certificate (CCC), which certifies that the work has been done and completed in accordance with the building consent that was issued for it.

This is perfectly understandable from the bank’s point of view. It is protecting its security by ensuring that all the i’s are dotted and t’s are crossed with respect to the construction. However, it is often the case that the banks are unaware that such insistence is actually putting the client at risk of breach of contract claim, and other unfortunate consequences.

The RMBF Residential Building Contract (RBC-1) provides that it is the owner’s responsibility to get the building consent and the CCC. There are many situations where an owner will get a building consent for the whole of a new build, and will either build in stages, or use different contractors for each part of the job (with or without the assistance of a project manager). The owner will then be responsible for obtaining the CCC from the council.

There is also the situation where a builder may have the contract to do all the work, but the owner is liable to the council for the payment of a development contribution (and the council has the power to withhold a CCC until such contribution is paid).

Where the owner is unable to make payment on the contract, not because of any dissatisfaction with the builder’s performance, but because of the bank’s insistence on a CCC being issued, the owner risks not only being charged interest on the unpaid amount, but also being drawn into adjudication, arbitration or the courts for failure to pay. In the case where a Master Build Guarantee has been issued, the owner also risks having the guarantee cancelled as payment of the contract price is a fundamental obligation under the guarantee.

At the RMBF, we regularly hear from members whose payments are being held up by banks where the work they are contracted to do does not include or require the issue of a CCC. It appears the banks either don’t realise, or don’t care, that their clients are breaching their contracts by not paying (not being able to pay). In some cases we hear that pragmatic agreements are being reached at a local level to protect the banks’ interest while releasing the funds to pay the builder — but when there is a change of staff the agreement has to be negotiated all over again.

The RMBF believes there is a means by which banks could ensure that the work done under a building contract is, or will, comply with the building consent such that a CCC will issue when the time comes. As long as the bank has all the documentation from the builder that will be required when a CCC is applied for — and the RBC-1 requires that such information be provided — the bank should be able to release sufficient funds to pay the builder for the work done.

The RMBF has decided to approach the Bankers Association of New Zealand in an effort to open a discussion with its members and develop a protocol for dealing with such circumstances that protects the banks’ interests while ensuring that the vital cashflow in the construction industry is maintained. We would welcome your “war stories” about your dealings with the banks, and your success stories where you have come to a pragmatic arrangement with them.

Please email them to me at leoni.carter@masterbuilder.org.nz.