Home Columns Chief's Chat Not time to party just yet . . . 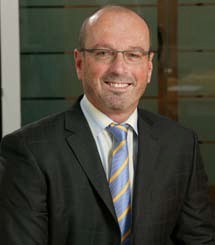 Prior to that we had 1204 in February, 1098 in January and 1127 in December (traditionally quiet months), 1384 in November and 1238 in October. For the first half of 2011 we were struggling to break 1000 new residential consents per month, so we are, indeed, experiencing uplift in activity.
This is long overdue and is to be welcomed. Heaven knows we desperately need it, but let’s not get ahead of ourselves. I hate to be a party pooper, but I am not convinced we are “away” on another building boom.

Why? Well first, if we annualise the last quarter, that equates to about 15,500 per annum — still too few when the general consensus is that we need a long run average of around 22,000 to 25,000 per annum — hardly a boom.
Furthermore, the March results are heavily influenced by Auckland and Canterbury increases. The rest of the country is still quite flat, and you will all know how tough it still is out there, though slightly better than a year ago.

Is our prediction of a tail of two cities starting to materialise? — Canterbury, because of the quakes and work starting to trickle through, and Auckland because of a housing shortage starting to bite.
We will have to wait and see, particularly whether the Auckland growth is sustainable. Certainly, apprenticeship take-up is increased in Auckland and Canterbury, but nowhere else.
The general economy and the housing market is still very sluggish and, with new homes forming about 15% of existing house sales, that market needs to stabilise and improve for lenders and borrowers to have confidence in new builds.

However, I am reliably informed specialist lenders in the upper new home bracket are experiencing quite an increase in lending at the moment, which is often a sign of improved confidence in the economy.
Nevertheless, Europe is still not good, and we cannot buck international fortunes — we are just too small.
Gee . . . what a party pooper alright. But all I am trying to convey is that we are far from a nationwide recovery and, while things are indeed looking up, don’t take your eye off the ball and relax.

Many have come this far and survived extremely tough conditions these past few years, but there are still headwinds to battle before we get the breeze behind us.
On another note, you will see articles on pages 12 and 13 in this issue of Building Today on falls from heights.
It has recently launched a three-year campaign to raise awareness about working safely at height to reduce the human and financial toll caused by falls from height.

Basically, doing nothing is not good enough and, after the initial awareness/education drive is over, the Department will start a greater level of enforcement.
So make sure you are up to speed with all this — read the article and ensure you have access to the Best Practice Guidelines for Working at Height in New Zealand that was recently launched. This is available on the Department’s web site.