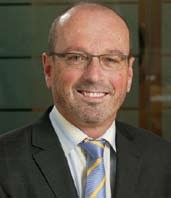 Well, the end of 2013 has arrived and it has been quite a year on many fronts. Let’s recap a bit.
On the regulatory front there have been a number of significant changes during the year. The Building Act Amendment Number 4 was passed in November so this now sets the way forward in 2014 for the introduction of the consumer protection mechanisms.

This will mean it will be compulsory for building work to have a written contract, there will be a 12 month “go back and fix it” clause, greater fines for breaching the Building Act, and compulsory disclosure of certain information to consumers prior to entering into a building contract of certain information, such as your LBP status, experience, and whether you can you offer a guarantee.
This is likely to change the awareness and knowledge of consumers who may become a lot more discerning about who they select as their builder — but I guess time will tell.
The seismic review was completed, and earthquake-prone buildings under 33% of code will have to be demolished or strengthened within 15 years.
I understand now the Building Act is through that this legislation can be passed, so look out for that in 2014. This all follows the completion of the commission’s review into the Canterbury earthquakes.

Health and safety has been at the forefront, and a new government agency (WorkSafe NZ) has been set up to concentrate on health and safety as a result of the Pike River Commission of Enquiry and a wider review into health and safety.
We saw the impact of trying to lift the game in health and safety in construction with the Working at Heights campaign, and you can expect similar attention going forward.
I am pleased to say the Construction Safety Council has developed a clever and effective health and safety competency framework which is revolutionary in New Zealand that could see a potential step change in health and safety performance in our industry.
We certainly need a new approach — the Government is currently reviewing the framework and is due to report back early in the New Year. We look forward to its thoughts.

Of course, the Reserve Bank introduced the LVR policy which came into effect on October 1 in an effort to cool house prices rises, predominantly in Auckland and Canterbury. You are all aware of our feelings about that and its effect on construction activity.
From an activity perspective things have certainly improved from 2012. Last year a little under 17,000 new residential building consents were issued, and we will do a tick over 20,000 this year.

Auckland and Canterbury are leading the way with growth between 25% and 30%. The rest of the North Island has also improved by some 10% across the board, but is still somewhat patchy. Unfortunately, the South Island outside of Canterbury and, more recently, the Central Lakes area, have been slower to recover.
Still, we are on the improve and if we can hold steady at between 20,000 and 25,000 consents per annum we might just cope. But my suspicion is we will see Christchurch and Auckland continuing to expand and putting more pressure on our capacity, and a shortage of skilled labour becoming apparent.

On the internal front, from 2014 the RMBF will be no longer. Historic and courageous decisions made this year by our members see the birth of the Registered Master Builders Association of NZ Inc, with 22 branches and builders being members of the national association directly.
This modern and functional structure will stand us in great stead for many years to come, and we will be working our butts off to improve the level of services and benefits to you all.

On a personal note I would like to thank you all for your support this year, and wish you all a very Merry Christmas and a prosperous 2014.