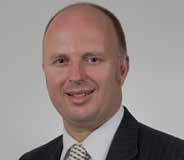 In this decision concerning an LBP with licence class in site/design, the Board had to consider the following particulars of complaint: • He had used second hand timber to construct the deck when the quote was for new timber. • Work had not been carried out in accordance with his quotation, and he sought payment in advance to complete the work. • The quality of the work was substandard in that the deck was not level or straight, and had inadequate support.

An investigator was appointed by the Board, being a Registered Building Surveyor. The particular provision of the Building Act 2004 that the Board was required to consider was section 317(1)(b) which provides that: “a licensed building practitioner has carried out or supervised building work or building inspection work in a negligent or incompetent manner; or”

It was held by the Board that in this instance the respondent lacked the ability and skills reasonably expected of an LBP to carry out the works, and therefore it was established that he carried out and/or supervised building work in an incompetent manner.

In particular, the deck had been built with the following defects: • Lack of drainage between cladding and ribbon board which was likely to result in premature deterioration of the cladding. • The use of small round washers had resulted in the crushing of timber. He should have used 50mm square washers instead. • There were gaps between the bearers and the joists. • The posts were out of line and not parallel to the deck. • The bearers used were smaller than was required for the span. • Some foundations had not been excavated to solid bearing.

In a separate hearing on the penalty to be imposed in accordance with section 318 of the Building Act 2004, this LBP lost his licence in respect of design and site immediately, but due to the fact that the building work surrounding the complaint had occurred more than two years previously, he was given the right to reapply for his licences 30 days thereafter. He was also ordered to pay costs of $1500. BPB Complaint No C1015

This decision involved a roofer. This LBP had a licence in respect of site and carpentry. Again, section 317(1)(b) was at issue. The complaint against this LBP was that the roofing system had not been installed in accordance with the Metal Roof & Wall Cladding Code of Practice. He was further criticised for not having obtained a building consent for the work.

The Board found against the LBP in this way: • Roof fixings. Neoprene washers were split and not in the correct location under the screw. Also, there were areas where fixings were missing. • Screw holes had been left without screws and with no adequate method of preventing moisture ingress in breach of E2. • Roof sheets were not lapped end to end in accordance with NZS 3604.

• Side lapping was not in accordance with E2/AS1. • There were non-compliant flashings to penetrations, valley flashings, barge flashings. • There were scratches on roof sheeting. • Overhang of the metal cladding was less than specified.

It was decided by the Board that the roofing work as more fully particularised above did not comply with the Building Code which, in turn, established it had not been carried out with the proper level of care. At the time of writing this article, no information was available on the penalty applied to this LBP. BPB Complaint No C1012

In this decision an LBP was licensed for site and carpentry. The complaint made against him was that he had been engaged to perform a building contract which amounted to the renovation of a childcare centre.

He was paid in full, yet the council issued a Notice to Rectify, seeking that further work was carried out before a Code Compliance Certificate was issued. The complainant had to engage another builder to carry out the items identified in the Notice to Fix.

The Board found that, in general terms, the LBP had built what he had been asked to build in his scope of works, and the items identified in the Notice to Rectify were items outside the scope of his building contract. Neither a finding of negligence nor incompetence was established. Summary

It is clear that the Board is receiving complaints, and it is making decisions that are affecting the livelihoods of builders. The Board operates like a court, engages its own investigators, writes reasoned decisions and imposes penalties on LBPs.

This is an additional forum of complaint available to disgruntled clients, on top of the rights available to them in the courts and/or via adjudication/arbitration. LBPs need to be aware of, and comply with, their obligations pursuant to the Building Act 2004. Note: This article is not intended to be legal advice (nor a substitute for legal advice). No responsibility or liability is accepted by Legal Vision or Building Today to anyone who relies upon the information contained in this article.