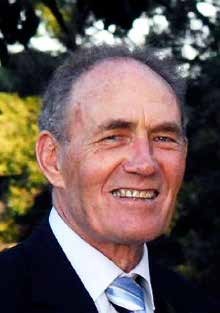 At its meeting in October 2013, Cabinet agreed to recommendations contained in a Cabinet paper that will see the Standards Council disestablished and a new standards body established within the Ministry of Business, Innovation and Employment.

How this proposed change will be viewed by overseas standards organisations in general, and Standards Australia in particular, is not yet clear. However, even the possibility that some or all of the many joint AS/NZS standards might be at risk is of real concern. As I stated in a previous article, it is well known that the MBIE – Building and Housing Group has plans to absorb Standards New Zealand. Less influence from the industry This would ensure that there will be less influence from the industry on building standards, and the department would no longer have to deal with Standards committees trying to go beyond minimum levels of health and safety and actually attempting to define “best practice”.

Having chaired four Standards committees I am aware of the delicate balance needed in navigating between expert opinion on current best practice — say a proposal to add a more up-to-date but more costly testing regime — and the MBIE mandate around no unnecessary increase in building costs. At the moment the MBIE has to rely on persuasion among their peers on a Standards committee to influence what changes, if any, are implemented.

The MBIE also has a partial veto, in that it may either not cite or only cite with amendments, any new or revised Standard within a compliance document — ie, an acceptable solution or verification method. This less than perfect situation will take even more of a retrograde step if industry involvement in the maintenance of Standards is reduced any further. Lame duck It is true that Standards New Zealand has been seen by many as something of a lame duck. There is also a view held among many in the industry that Standards should be free — if not all Standards then at least those cited in legislation. Certainly, SNZ has struggled with its difficult task of being an autonomous, self-funded body. In particular, it has failed to gain an appropriate stream of development funding from either government departments (the MBIE in particular) or from the construction industry.

It simply has not sold the value of standards to those who use them. This is another reason why they struggle to gain suitably qualified membership on review committees. The issue of whether Standards should be free is poorly understood and, therefore, again poorly “sold” by Standards New Zealand. This arises from people’s inaccurate understanding of what is legislation and what is merely advisory.

The New Zealand Building Code, which is the legislative basis of our industry, is performance-based, and contains not one single reference to a New Zealand Standard. Compliance documents — acceptable solutions and verification methods in particular — are non-mandatory means of compliance. They are advisory only, and if viewed in this way there is much less of an argument in favour of making Standards referenced in these documents free. Convenient perhaps, but mandatory no.

And as most industry members can obtain online access to all construction Standards for less than $200 per annum, it’s not a very strong argument in the first place. A further concern is that once the MBIE has Standards New Zealand under its wing, it will see a more convenient way to introduce change is by promoting changes to legislation rather than amendments to Standards or compliance documents.

A current example is the proposed changes to the Fencing and Swimming Pools Act. While the Act is probably in need of review and some of the proposed changes are eminently sensible, I find it hard to accept the planned requirement to fence off portable and inflatable paddling pools, where the water level exceeds 300mm. Who’s next? And from the “who’s next?” file: Rumour has it that BRANZ is being lined up for an MBIE takeover. After all, it must be so much more convenient if the organisation that is supported by most of the monies collected as building levies is placed under direct government control.

How the MBIE will deal with the fact that some 50% of BRANZ’s current income comes from commercial activities is difficult to see at this point, but no doubt the Government will welcome this contribution to their bottom line.

Clearly our industry was, and is, in dire need of improvement in the provision of quality technical and scientific support for the construction industry. A lot of what the MBIE has achieved in this regard is positive.

However, what is of concern is whether current and possible future moves to bring other aspects of our industry’s quality and control mechanisms under a direct government umbrella will result in the industry’s intellectual property and simple common sense being excluded from ongoing debates.

And even when the industry’s voice is allowed to be heard, government boffins will be in a strong position to say “thanks for your input, but we know best”. And do they? As my 5-year-old granddaughter tends to say when questioned: “I don’t know, but I don’t think so”.