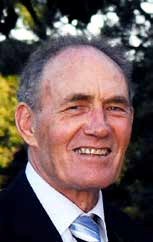 Few members of the design and construction industry involve themselves in the wider political or business world. Is this about false modesty? Or do we feel that our skills, both taught and learned over time, are too specific?

For the design professions at least, it’s certainly not about money. It’s not because we earn so much as designers that we would never consider an alternative profession or business. Perhaps it’s more about personality type.

Of these four personality types, people who are intelligent/lazy are generally the leaders and decision makers. Too lazy to do the hard work themselves but intelligent enough to hire those who can — the intelligent/enterprising types.

The most dangerous are those who are stupid/enterprising. These lack the intelligence to know what to do but are energetic enough to give it a go anyway. The fourth personality type — those who are relatively stupid/lazy — are possibly irrelevant.

I’m sure most reading this will believe they are both relatively intelligent and relatively enterprising. That’s human nature.

However, even if you are, psychologists also say that to succeed at anything worthwhile you need to have boundless confidence and an abundance of energy.

So, to succeed you need intelligence and enterprise, confidence, abundant energy and of course, as always, perfect timing.

Most politicians? Definitely they tend towards intelligent/lazy. Good at knowing what to do as long as there are plenty of other people to do the work.

Augustus Caesar was a great ruler, who spanned the centuries from BC to AD. Unfortunately for the Romans, he was succeeded by his nephew Tiberius, who was controlled by his mother, the evil Livia.

Then followed the mad Caligula who married his sister and made his horse a Roman senator. He was followed by Claudius, who survived numerous assassinations by feigning simple-mindedness.

And finally, the last of the Julio-Claudian dynasty was Nero — cruelly and falsely known only for “fiddling while Rome burned”.

Not the greatest era for Roman rulers, but one producing some significant architecture, signs of which exist today. However, it is unclear if any surviving buildings or civil/military structures can be attributed to Vitruvius himself.

His greatest achievement, and the only one to survive intact, is his 10 volume work entitled On Architecture. He believed that an architect or engineer needed a well rounded education:

“Let him be skilful with the pencil, instructed in geometry, know much history, have followed the philosophers, understood music, have some knowledge of medicine, know the opinions of the jurists and be acquainted with astronomy and the theory of the heavens.”

Except for the rather dated language, that’s not a bad recipe for a well-rounded construction industry professional. However, I suspect that it might be some distance from our current university curricula.

Regarding modesty, Winston Churchill was renowned for his sharp and knowing comments on political opponents.

The Second World War leader of the Opposition suffered the following barb: “Mr Attlee is a very modest man. Indeed, he has a lot to be modest about.”

Attlee might have been a modest man of modest means, but he got his revenge by defeating Churchill at the first post-War election, with the country wanting to cast off memories of a long and costly war and their wartime leader. So for Attlee, a very modest man, timing was the key.

The construction industry suffers because not enough of us interest ourselves in the wider world of business and politics. We are recognised, somewhat unfairly, as the least efficient industry in New Zealand and, after forestry and the occasional war, involved in the most dangerous of human activities.

We are also extremely conservative and prone to operate within our individual silos of activity with as little reference to others as possible. To a great extent we view those who should be our friends as our rivals and enemies.

We really don’t get on that well with our fellow practitioners, be they designers, builders or providers of related products and skills. Does this arise from a lack of leadership within our industry?

Certainly, the construction industry suffers from a lack of a clear operating structure, a structure that some 30-plus years ago was much more clear cut.

Whereas once buildings were constructed to suit a specific purpose, today much building activity is “on spec” — first build it and then find someone to occupy it.

The purpose? To make money, for the company building the building and for the eventual building owner. What goes out the window under this scenario is quality.

It is some kind of modern miracle that really great buildings are still being built today — great both in terms of design and construction quality.

Most tend to be built for a specific purpose and for a specific client — an art gallery, a new bank complex, a railway station, a university or school building.

However, we are getting some things right, and are hopefully learning from mistakes of the recent past.