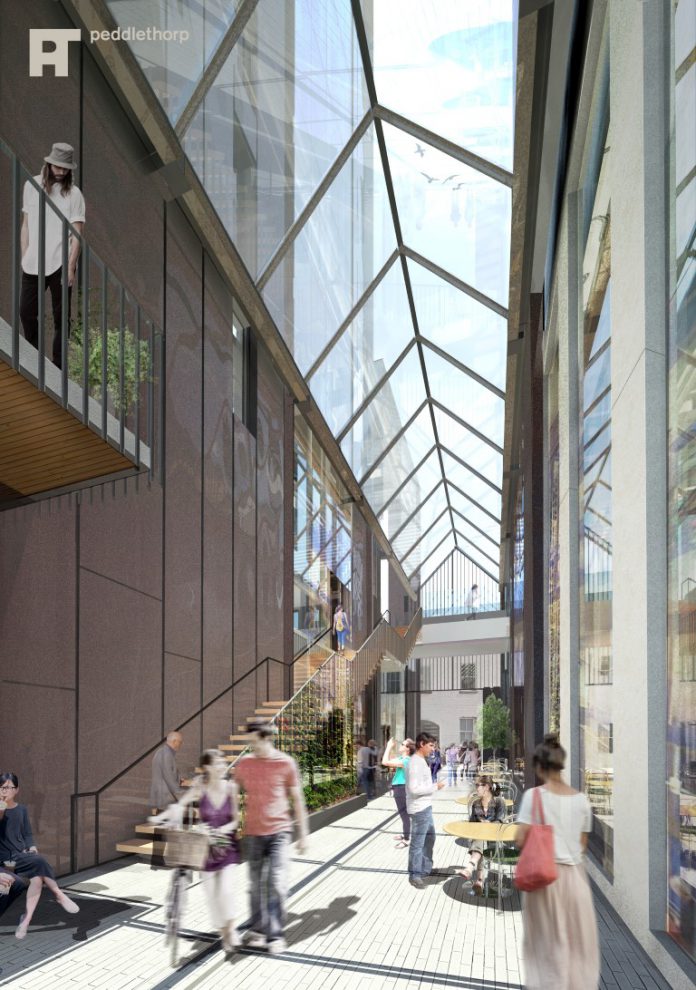 Leading New Zealand architecture firm Peddle Thorp has released details of a 52-storey residential high-rise building on Customs Street East in the Auckland CBD, to be built in the next three to four years.

The development incorporates two smaller buildings currently on the site — including an 11-storey office block on the corner of Fort Street, which will be redeveloped to integrate into the new tower. The heritage building’s facade on Gore Street will remain unchanged and be integrated into the new development.

Peddle Thorp director Bradley Luke says the developer wants to redefine the potential of apartment living in Auckland, and Peddle Thorp was briefed to design a high quality, timeless complex.

“The development has a human scale and warmth. We designed each apartment so they are liveable, high quality and maximise outdoor space.

“The apartments with open-level balconies, stepped terraces and green walls are some of the most distinctive in the market. The translucency of these areas will also help to animate the facade at the wider city scale.

“This complex will be some of the best real estate in Auckland City. Every apartment in the development is north-facing, and most have unencumbered views out to the Waitemata Harbour,” Mr Luke says.

The main tower will house 221 apartments, including 11 floors of penthouse apartments, as well as a mix of three bedroom, two bedroom, one bedroom and studios.

The base of the tower will have four floors of retail and restaurants, and the smaller tower has been redesigned to house a new hotel.

The mega brace of the building is clearly visible, and wraps around the west and east facade and over the distinctive bi-planar roof form.

“It was important to us that we designed a complex for all Aucklanders to enjoy, and focused on creating pedestrian links through the building, as well as integrating it into the surrounding heritage buildings and other amenities,” Mr Luke says.

This development is one of Peddle Thorp’s many projects working with offshore clients, suppliers and construction partners.

When built, the tower will be the tallest residential tower in Auckland City, and one of a handful of towers with more than 50 storeys

Peddle Thorp has a long history of high-quality builds in Auckland City. The firm is responsible for the Lumley Building, Vero Centre, Stamford Residence, SAP building, the Westpac and Ernst & Young on Takutai Square in Britomart, and the redevelopment of the Auckland Museum.

One bedroom, plus study: 60