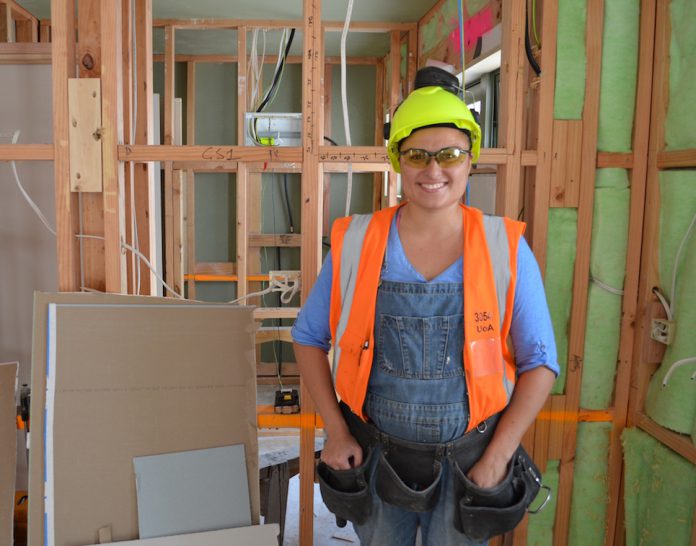 More women than ever are joining New Zealand’s booming construction industry, with the number of women in construction doubling to 17% over the past 15 years.

But this increase hasn’t resulted in more women in leadership roles within the industry,” according to National Association of Women in Construction (NAWIC) president Donna Howell.

“While it is fantastic to see increasing numbers of women choosing a career in construction, this isn’t reflected in the participation of women at a decision-making level in construction and, in fact, all industries across New Zealand,” Ms Howell says.

Ms Howell hopes that the third annual Hays NAWIC Excellence Awards, to be held in Auckland on August 18, will generate plenty of discussion on this topic.

The introduction of a new “Rising Star” category at the awards will also provide recognition for future leaders within the construction industry.

“The awards celebrate the achievements of women in construction, as well as honouring those organisations which are redressing the industry’s gender imbalance.

“We’re delighted with the growing number of entries we’re receiving each year, and are excited to introduce this new category which will celebrate up and coming leaders who will inspire others to seek out leadership roles within the construction industry,” Ms Howell says.

Hays is sponsoring the Hays NAWIC Excellence Awards for the third year in a row to recognise the significant contributions being made by women in New Zealand’s construction industry.

Hays managing director Jason Walker says Hays is delighted to be sponsoring the awards, and is looking forward to reviewing more fantastic entries from inspiring women who work in the fast-growing construction industry.

“As a long-time supporter of NAWIC, sponsoring the Hays NAWIC Excellence Awards is a perfect fit for us.

“We actively encourage and support the rising numbers of women joining New Zealand’s trades and construction industries, and are keen to keep recruiting as many as possible,” Mr Walker says.

“The construction industry is rapidly changing, and women are definitely making their mark.

“Women choosing a career in construction and the trades are seeing that they can progress up the ranks and operate their own businesses while enjoying high wages and excellent growth and training opportunities.”

Entries/nominations for the awards are open until June 5. Employers and managers are encouraged to submit nominations on behalf of their staff.

To download nomination/entry forms and for further information, visit the NAWIC web site at www.nawic.org.nz.

• The Helen Tippett Award which celebrates achievement in advancing the interests of women in the construction industry.

• Tradeswoman of the Year which celebrates the contribution tradeswomen are making to the industry.

• Professional Woman of the Year which focuses on women who have managed a construction project or those who operate their own business in the industry.

• Rising Star which celebrates women who demonstrate future leadership potential within the industry. This category is open to women who have worked in the construction industry for less than seven years.

• Outstanding Achievement in Design which celebrates the design aspect of a construction project in engineering, architecture or urban/landscape design.

• Excellence in Construction Services which honours the contribution of women in administration, sales and marketing or operational roles within the industry.

• Student/Apprentice Excellence Award which is open to all women engaged in construction-related study or apprenticeships.