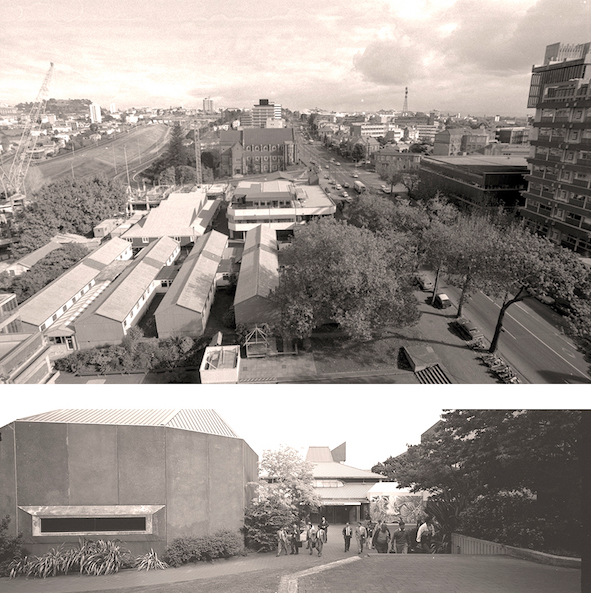 The School of Architecture and Planning at the University of Auckland is celebrating its centenary in September with a series of events, including exhibitions, a symposium and the launch of a book detailing the school’s rich history.

In its modest beginnings in 1917, the Auckland School of Architecture offered just three night classes a week, held in a cold and dilapidated basement.

Jump forward 100 years and the School, which now includes the disciplines of urban planning, urban design and heritage conservation, offers 13 degrees to the equivalent of about 800 full-time students per year.

The importance of well-educated architects to the community was acknowledged as early as the 1920s when the New Zealand Institute of Architects urged the University College — as it was known at the time — to extend the scope of the school.

As a result, in 1925 Professor Cyril Roy Knight was appointed the first Chair of Architecture in the country, and only the second in Australasia.

Educated in the UK and working in New York, Professor Knight represented a trans-Atlantic engagement with the Beaux-Arts method of teaching, an academic, neoclassical-style that he promoted here.

By 1946 the world had changed, and students, including returned servicemen from WWII, demanded to be taught more modern methods, which initiated a move away from the Beaux Arts teaching and towards a greater interest in contemporary architecture by New Zealand architects.

In the 1950s Professor Knight and lecturer Gerhard Rosenberg led the movement to establish a programme in town planning, and in 1958 the Department of Town Planning — the first in New Zealand — welcomed students.

Many of the iconic structures and designs that shape New Zealand’s landscape are the products of the faculty’s graduates, and a number of current students are the sons and daughters, nieces and nephews or grandchildren of staff and alumni.

As New Zealand’s first institution teaching both architecture and planning, the school occupies a significant position in the history of both disciplines.