Home Latest News Working with politicians — ‘May you live in interesting times!’ 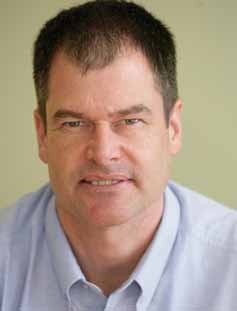 One of the three core strategies for the RMBF is being “the Industry Champion” — in other words, being the voice of the construction industry and helping ensure we create the right regulatory framework for the industry to operate and thrive in.

While we focus a lot on our membership advantage and brand strength strategies, in fact (well, in my view at least) the Industry Champion strategy is the one that delivers the best value for our members and for the industry overall.

This is especially so when there’s as much regulatory reform going on as there is at present — licensing, building code review, building consent authority accreditation and product certification being just some of the subjects we’ve been working on in recent times.

Our Industry Champion work programme means we have to work extremely closely with all parts of the Government and Parliament, including Ministers of Cabinet and MPs in Government/associated with Government, Opposition MPs and Government Departments.

It’s not necessarily always an easy process, especially when not everyone in Wellington (because that’s where most of the Government sector is based) understands the construction industry quite the same as we do.

We do spend a bit of time talking to the powers that be about how things actually really work in the industry, which can be difficult at times.

The process of advocating for the outcomes you are trying to achieve (the Americans call it lobbying) is not just a simple process of thumping the table all the time on every issue and saying at the top of your voice what you want.

You need to be even-handed, across both those in Government and those outside of it. You need to be forever courageous in pushing your message, even when sometimes it seems as if you are banging your head against a brick wall.

And you need to know when to deal with issues slowly but surely, and when to really step up and hang tough because the issue is that important to the industry.

And perhaps the real fun is when the system goes into election mode because that’s when logic sometimes goes out the window and decisions get made for all sorts of interesting reasons, many of which we wouldn’t have a clue about.

Most of the time election mode starts about nine months out from the election, but we’re already in election mode for 2008, even though it’s still many months away. And that means the political process gets skewed sometimes in ways we wouldn’t prefer.

For example, take the licensing and DIY issue. In 2004 the Labour Government passed the Building Act. There were strong messages at the time from the Prime Minister down about needing to fix quality issues right across the industry and promising building practitioner licensing for key parts of the building process to ensure that fix happened in reality.

That included, for example, the requirement that building work related to the structural integrity of a building would need to be done or supervised by a licensed building practitioner (LBP).

We have had a parade of Ministers since 2004 (five at last count) reinforce that message, and tell us that licensing was going to happen as per the Act. Generally speaking, the last Minister in that line, Clayton Cosgrove, has been a good Minister since he’s been in the portfolio, making the effort to get around the industry and listening well.

But, all of a sudden, just when the finishing line is in sight for the implementation of licensing (from November 2007 on an optional basis), we have seen the Minister think about “having a cup of tea” (to borrow the phrase from David Lange’s day) around the impact of licensing on DIY owner-builders.

While we thought we had had this debate back in 2004 around the Act, and when we thought we had agreed a measure of compromise on this issue last year, it gets pretty hard when things go off on an unexpected tangent.

The first key point of this editorial (yes, it took me a while to get to it!) is that this is sometimes just how the political process goes, as frustrating as it gets from time to time. And we have to sometimes expect that “cup of tea”, and deal with it as best we can.

However, when it comes to the DIY licensing issue it’s clear this is an issue we can’t compromise on, at least not to the extent that some might be seeking. We have consistently said to the Government that we would be happy to look at how “true-blue” DIYers (owner-builders) could be exempted from licensing (about 2% of the market, at our guess) but it would just be impossible for us to accept any exemption to include rogue builders masquerading as DIYers.

That would completely undermine the integrity of the licensing scheme and New Zealanders don’t want that to happen. Survey work we commissioned from Colmar Brunton shows 96% of Kiwis believe that building new homes should be overseen by industry professionals, and it’s been well proven overseas that a poorly designed DIY exemption stuffs up licensing altogether.

And so the second key point of this editorial is that the DIY issue is a “do or die” issue for the RMBF. It’s one of those issues where we will thump the table if we need to and take it right to the end because it’s that important to us.

If the Government is going to go down the path of a half-baked licensing scheme by having a too open-ended DIY exemption, then we would prefer not to have licensing at all.

It will be very interesting to see where this issue gets to but, rest assured, we will be pushing our message for as long and as hard as we need to.

We are certainly hoping the Government is listening on this one because it’s our one shot to get it right — and get it right is exactly what we want to do. It’s fair to say that right now, the Industry Champion is living “in interesting times”.