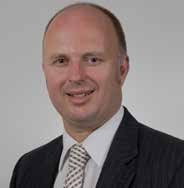 The case of Southland Indoor Leisure Centre Charitable Trust v Invercargill City Council concerns the application of the long stop limitation prescribed by section 393(2) of the Building Act 2004, which provides a formidable defence to civil claims brought against parties involved in the construction industry more than 10 years after building work took place.

The critical issue at stake in this hearing was whether the majority of the claims brought by the council as against the Third Parties were statute barred by operation of section 393(2) of the Building Act 2004.

The proceedings were in the form of interlocutory proceedings, as to whether the majority of the claims could be struck out.

The council argued that the report provided by the Third Parties was supervisory, and provided recommendations and parameters on proposed remedial design. Thus, it argued the various claims brought were not civil proceedings “relating to building work”.

The council also argued that before the court could rule that the structural review, the subsequent design review and the letter tendered by HCL fell within the definition of building work, the court would need to consider whether, in fact, this material constituted “building method” as defined in section 20 of the Act.

The council submitted that “building work” is not defined as including “building method”, and sought to contrast the two statutory terms as being mutually exclusive.

However, the court (attracted to the Trust’s argument that the material provided by the Third Parties was specific to a particular building rather than building methods in general) concluded that, in fact, the purpose of the involvement of the Third Parties as consulting engineers was to identify defects in the design of the community court trusses, and then provide design input into their modification or into the process by which they were to be constructed in order to meet the NZ Building Code.

It was on the basis of this design information that modifications were made to the community court trusses. This work was held to fall within the meaning of “building work”, and the protection afforded by section 393(2) was deemed to be available to the Third Parties for the majority of the causes of action pleaded against them by the council. These claims were all struck out.

Section 393(2) continues to impose broad limitation protection to those carrying out construction-related work from civil claims brought after 10 years from the date of the building work.