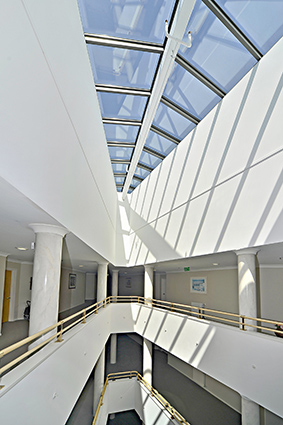 A basic need for remedial work soon turned into a fully-fledged redevelopment to weatherproof 84 apartments in a fully functioning retirement village in Mount Maunganui.

But after discovering extensive damage, the project team found it was necessary to demolish much of the building facade and reconstruct the uniquely shaped building from the remaining concrete shell.

“We had great site safe audit outcomes, and the cohesion of the wider team we had throughout the project really allowed us to pull this all off.”

Mr Stanley says the expansion of the project from its initial concept took many by surprise and, according to standard construction programmes, it was estimated that the work would take two years to complete — a period that was unacceptable, given residents would have to move out of their homes during the construction period.

To cut down the completion time while ensuring minimal disturbances and maintaining building and safety standards, the team was under immense pressure to come up with a fast-tracked solution.

Using clever methodology and unique new systems, including the “Dolly Mechanism” where wall panels were constructed off site using 250 individually-designed prefabricated wall panels to speed up the construction, the time period was cut in half.

Further, the team’s practices saw them placed as a finalist in the Site Safe 2013 Health and Safety Awards.

“To cut the completion time down to 11 months was truly a great accomplishment,” Mr Stanley says.

“The overall feedback has been fantastic — we’ve been praised by the client, and the village was thrilled with the project team and the outcome. A very rewarding project and one to remember.”