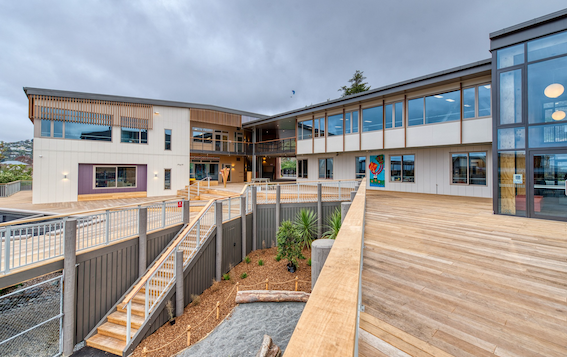 The school opened in June 2020 after almost nine years at a temporary site following the Canterbury earthquakes.

A stand-out feature is an integration of playscapes throughout the school grounds, rather than being just in isolated playgrounds.

Cubby holes are also set into the vertical face of the decking to provide quieter “chill out” play spaces for kids.

The judges said the construction team behind the project worked creatively alongside a group of archaeologists to ensure the rich history of this important location was not lost.

There was an impressive community effort in achieving this project, and the team never lost sight of their end goal, despite operating from an alternative school site for several years.

Te Raekura Redcliffs School obtained maximum value from the earthquake insurance payout to achieve facilities well beyond what otherwise would have been possible.